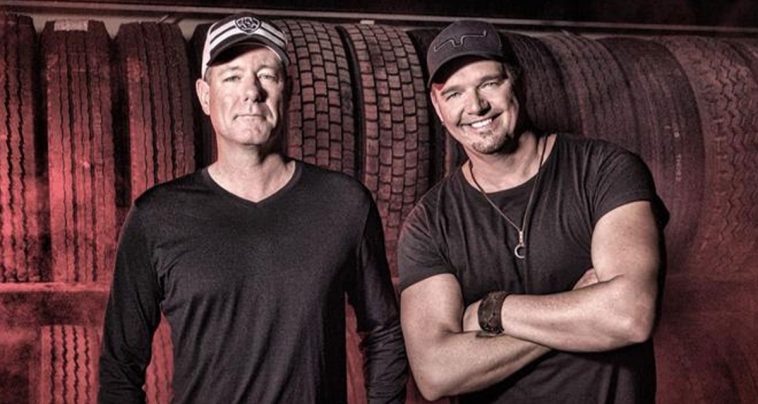 The long-awaited fourth studio album from one of Australia’s most loved country duos, McAlister Kemp will be released on 19 August.

To celebrate the announcement of the We Roll On album ABC Music has today released the pair’s new single, Paid For Drinking Beer.

Recorded over two countries, Paid For Drinking Beer is the follow-up to January’s After The Breakdown which was the first McAlister Kemp release in over seven years. Both songs will feature on the forthcoming album.

“We are so excited to finally have an album on its way! After so long between releases it feels pretty cool to finally have something to put out there into the universe,” Drew McAlister said.

“The writing side of things was super awesome as well, we hadn’t written together for some years and we just fell back into it like nothing had changed. We can’t wait to take it on the road have some fun!”

“Living on opposite sides of the world, we wrote 9 of the 10 songs on online Zoom sessions during the Covid Pandemic and borrowed one from Nashville to round out the album,” Troy Kemp said.

“We didn’t want to reinvent the wheel, we just stuck to that classic MK sound and those distinct themes that worked so well for us in days gone by.”

McAlister Kemp will hit the road in August to promote the new album taking to stages from QLD, through NSW, and into Victoria.

The tour includes a local show at Wallsend Diggers’mezz Bar on Saturday, 27 August. For tickets and to pre-order the new album visit mcalisterkemp.com.au.