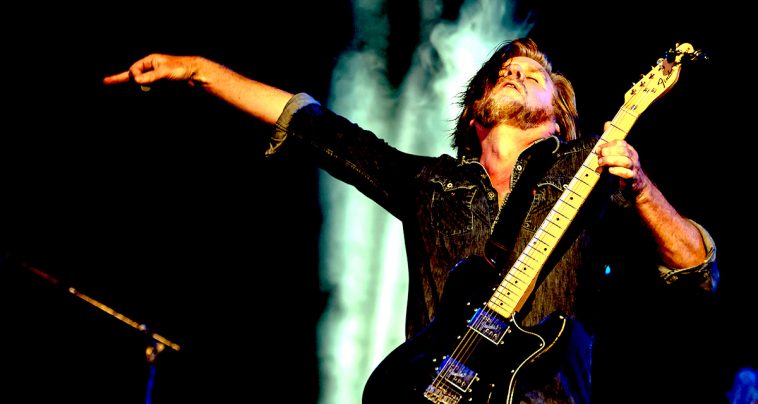 Tex Perkins will join a lineup featuring some of Oz music's heaviest hitters for a celebration of the Stones' Sticky Fingers. Picture: Swamphouse Photography

Some of the heaviest hitters in the Oz music biz are coming together to mark 50 years of the Rolling Stones’ iconic album Sticky Fingers.

You Am I’s Tim Rogers, Adalita from Magic Dirt, Grinspoon’s Phil Jamieson, and Cruel Sea/Beast of Bourbon (et al) main man Tex Perkins, are hitting the road for a no foolin’ rock and roll celebration that will see the seminal album performed in full (plus a few extra Stones classics) at the Civic Theatre on Tuesday 27 July.

When it comes to all-killer-no-filler albums in the popular music canon, few deserve the title more than Sticky Fingers.

The Rolling Stones’ ninth studio album, Sticky Fingers was released on April 23, 1971, and contains some of the band’s most iconic and best songs including Brown Sugar, Can’t You Hear Me Knocking, Wild Horses, Dead Flowers and Sister Morphine.

It also came complete with the equally iconic album art by legendary pop artist Andy Warhol, making it one of the most recognisable covers in history.

Tex Perkins said that the album had a profound impact on his own musical direction.

“For me, it’s close to a perfect album. Every track stands up by itself, every lick, beat, and word is exactly where it needs to be. It has a feel of wild abandon followed by a darkness and beauty that is devastating,” he said.

“I’d have to say it is the one album that has informed and inspired my own music the most. It has been not only my favourite Stones’ album but my favourite album by anyone for a long, long time and to have the opportunity to perform it live with some of my dearest friends is something I don’t take lightly.”

Given that the album was performed by one of the most influential rock and roll bands in history, and a supporting cast that included the likes of Ry Cooder, Jack Nitzsche, Bobby Keys, and Billy Preston, any band attempting to pull this off are going to need some chops.

A Tribute To The Stones’ Sticky Fingers is on at the Civic Theatre on Tuesday 27 July. Pre-sales commence on Thursday 11 February with general on-sale kicking off on Monday 15 February. Head here for more information.