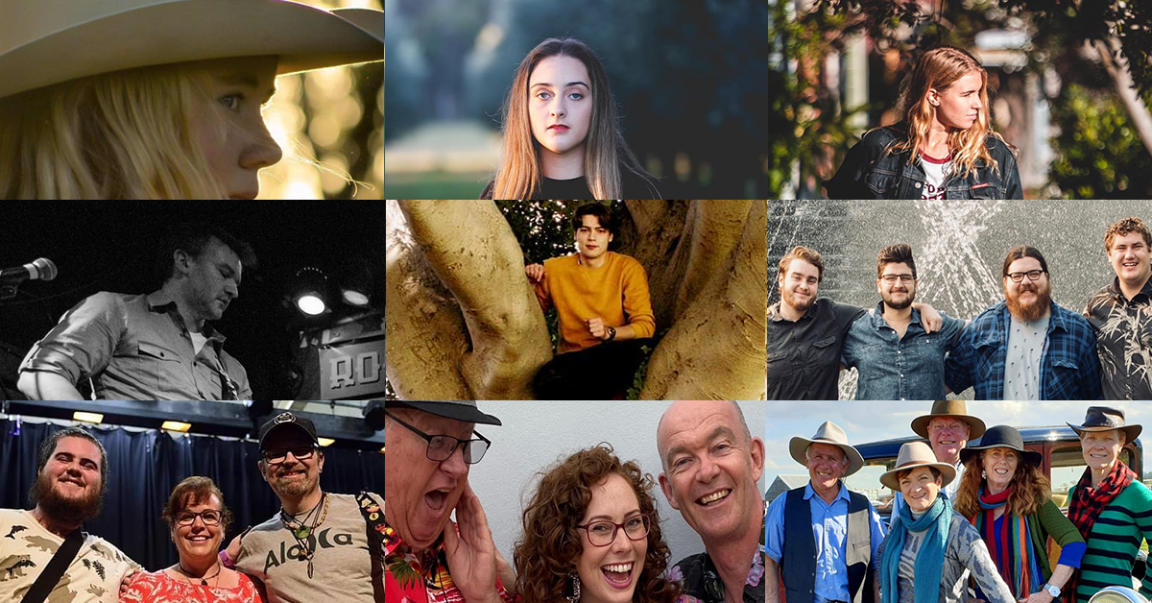 Live n’ Local is a weekly showcase of fantastic talent held at Lizotte’s on a Wednesday evening. It’s just ten bucks to get in and you’re not only supporting Newcastle’s up and coming talent, but you’re in for a great night of food, music and a few cheeky beverages.

Each month we’ll be giving you the heads up on who’s playing and what to expect when you take your seat. We’ll also be giving you links to check out each act ahead of the night so you can sing along to some of your favourites.

Below you’ll find the fantastic line-up on offer this for March. Don’t forget to phone Lizotte’s on 02 49562066 to reserve your seats.

Piper Butcher is a singer/songwriter from the Hunter Valley who has supported acts such as Diesel, Mental as Anything, Glen Shorrock, Karise Eden & Hurricane Fall.

Sophia Berlyn is a 21 year old singer/songwriter from Newcastle, New South Wales. Hailing from Tamworth where she began performing at a young age, Sophia spent her childhood writing songs that wouldn’t leave her parent’s farm- before realising that maybe the artist dream wasn’t so far-fetched. Moving to Newcastle after finishing school, her unique and relatable lyrics have been captivating audiences ever since.

Trinity Woodhouse is a singer songwriter / guitarist from the Hunter area. She is a 2017 graduate from the Junior Country music academy in Tamworth and supporter of local country music clubs.

Slapjack is a Newcastle based Dance/Funk Band.

Slapjack was formed in the spring of 2018 and aim to create and perform music that allows everyone to get up and dance regardless of what walk of life you’re from. The band’s music captures everything great about funk/soul music from the killer horn lines to the groovy bass lines and throws a dance/rock twist into it with intense guitar parts and vocals that literally will hit you in the face.

Their debut single ‘Jungle Fever’ is just a taste of what the band are planning to release in the future. As they head into record their Debut EP next month, Slapjack invite you to join us on our quest to unleash seismic grooves and infectious moves into the world and beyond.

Butterknife band is an up and coming girl group ready to rock the streets of Newcastle. From alternative rock to mellow soul and indie pop, these musicians cover a range of mixed genres with powerful dynamics and heartfelt lyrics.

Aaron White and The Passengers

Aaron White & The Passengers is a Newcastle based Originals Band formed in 2019. We play a blend of Country, Rock and Pop music with a focus on having fun and making music.

From an old manufacturing shed with grimy décor and great acoustics, ClydeStreet started out in 2016 to perform at open mic venues in Newcastle and beyond.

Hard work, tea, beer and laughter combine to produce the ensemble style we love to share with audiences at community events, festivals and private functions.

Friends that met at Thursday Night Ukestra, they found that they enjoyed eating, drinking and playing music together. There were some in the group that found the idea of lactating almonds plausible. Despite logical types finding this concept scandalous, they were able to look beyond this fantasy world where almonds have mammary glands and agree to bring the believers and nonbelievers together in music.

The core of the TAMS (The Almond Milk Scandal) is..

Lisa Moore (believer) – With a dance and classical violin background Lisa provides the fingerpicking and soprano vocals that help balance TAMS sound. Despite being a ranga banana-bender she was welcomed with open arms. Proving how inclusive and diverse the group has become.

Bruce McNair (believer) – Having mastered the art of always standing out, yet at the same time managing to remain mysterious, he is comfortable either riffing away or strumming intricate rhythms. His vocals provide a deep foundation upon which the other vocalists can build.

Chris Middleton (nonbeliever) – Mostly mired in the music of the past, he believes it is his responsibility to share the long-forgotten work of performers who were not big stars yet still created music of its time and managed to contribute to our musical heritage. Chris vocally is a bit of a belter and while happy to leave most of the riffing to others, loves a power strum, single thumb or otherwise.

Tams has lots of talented friends and will often ask them to perform with us. You never know who you’ll get to see at a The Almond Milk Scandal gig.