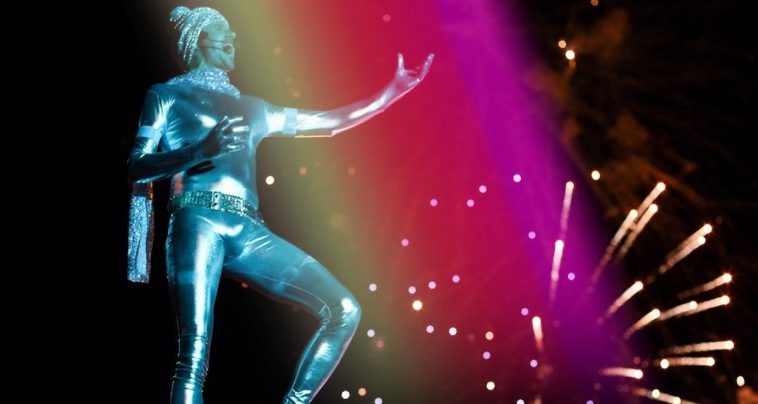 Get ready Newcastle culture vultures. Our fair city’s newest New Annual is just around the corner.

We here at Newcastle Live are getting pretty pumped for New Annual’s inaugural hit out so we decided to share the six events that are really piquing or interest.

Below is a mere amuse-bouche of what you can expect across the ten days of the festival. Head here for more information and a full program.

There’s no denying that when it comes to musical talent, Newcastle is one of the most fecund breeding grounds in this wide brown land we call Australia.

Further, much of that talent has seen musical dreams come to fruition at Adamstown-based recording studio Hazy Cosmic Jive.

Over the past decade the studio, under the ownership of seasoned producer Gareth Hudson has turned out some truly impressive tunes and this special showcase will throw a spotlight on just some of those amazing artists – namely Amy Vee, Glovers Lane, Buddy Knox, Nick Saxon, Daniel March and Katie Jayne.

This is a must for lovers of live local music!

Not to mention bizarre and confusing intergalactic rituals.

This technicolour extravaganza ll be held in The Hangar – a Spiegeltent-esque festival hub which will create a theatrical-style carnival atmosphere in Civic Park.

Massive Band is a community-engaged project that invites girls and women to join a massive rock band.

Led by Bree Van Reyk, Massive Band is an explosive live music event that celebrates women in rock music.  No prior musical experience is necessary for participants and there are mentors on hand during the workshops. Find out more and register at Massive Band Club to join the band!

Or, grab a ticket to the Sunday afternoon performance, where the MASSIVE band of women, from all walks of life, will rock out some big hits including Wild Thing.

Either way this one will be MASSIVE!

When performing his own music, the great Romantic showman Frédéric Chopin preferred the private apartments of friends and patrons to the grand concert halls of Paris, often arranging his thrilling Piano Concertos for quintets.

In this tradition, Omega Ensemble opens their 2021 Season with a program of three “quincertos”, including Chopin’s first piano concerto performed by acclaimed pianist Clemens Leske, Gordon Kerry’s new Clarinet Quintet performed by Clarinettist David Rowden, and the world premiere of Elena Kats-Chernin’s Night and Now, a new flute quintet based on her Flute Concerto and performed by flautist Sally Walker for whom the original concerto was written.

In many ways, Casey Miller is a regular teenager with a passion for writing stories. But Casey has a secret – he’s straight.

Feeling isolated, the aspiring author creates a friend- Riley, a lesbian girl who lives in an opposite world (not unlike our own) where heterosexuality is normality. Riley operates as a reflection of Casey as he documents twisted versions of his reality through her eyes.

But Riley can’t always be happy- not when Casey’s not… Because that’s not fair.

Bearfoot Theatre is a Newcastle-based, queer-identifying, youth-managed theatre association based in Newcastle with an objective to produce solely original works of theatre, which convey important, relevant social messages and give a voice to young artists.

Chalk the Walk Newcastle 2021 will see a temporary 3D artwork trail installed in key outdoor locations in the City Centre to illuminate the streets as part of New Annual.

Stop by the Visitor Information Centre to see internationally acclaimed artist Jenny McCracken’s work, wander down to Rudy Kistler at Market Street Lawn, Leo Uribe on the corner of Crown and Hunter St and across to Zac Craig at Laman Street.