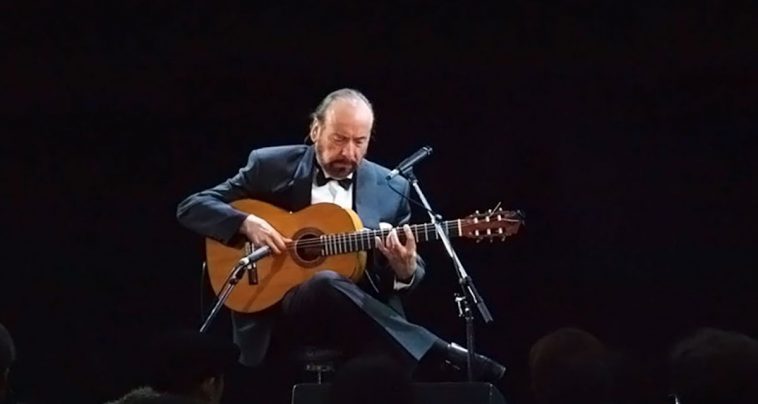 He has been dubbed ‘the Chilean Hendrix,” and after more than ten years away from our fair city, Victor Martinez Parada is making a welcome return for this year’s Newcastle Fringe.

Regarded as one of the finest classical Latin-American avant-garde guitarists, Victor will be joined on stage by Sydney-based talent Lillian Guererro for two shows at Adamstown Uniting Church Hall on Thursday 18 March and The Gallipoli Legion Club on Friday 19 March.

Originally from Santiago, Chile, Victor, who now calls Australia home, is an accomplished performer and composer whose musical explorations run the gamut from classical and South American folk to the avant-garde.

By listening to his interpretations of pop tunes such as Stevie Wonder’s You Are The Sunshine Of My Life, Daniel Alomia Roble’s El Condor Pasa, Laura Branigan’s Self Control and Harold Arlen’s Somewhere Over The Rainbow you will understand not only how music has shaped him but also how he has shaped music.

After nurturing the musical careers of his family for many years and touring nationally and internationally with the family band, Martinez Akustica, Victor has returned to his roots and is taking his unique talent back on the road as a solo artist.

“I am really looking forward to playing at Newcastle Fringe Festival for the first time and having Lilly Guerrero join me,” Victor said.

“We will each do a set plus wind up the shows with two special numbers as a duo. They should be great nights. I last played Newcastle more than ten years ago with my sons in Martinez Akustica. It will be a treat to meet old fans and hopefully make new ones”

Lilian Guerrero, meanwhile, is a versatile singer and songwriter in the vibrant Sydney Latin music scene who plays cajon, guitar and charango.

Formerly with the award-winning show band Salsa Kingz, now a soloist, Lily brings her folkloric touch to a range of cover material and original composition.

Head here for more information on Newcastle Fringe and a full program.