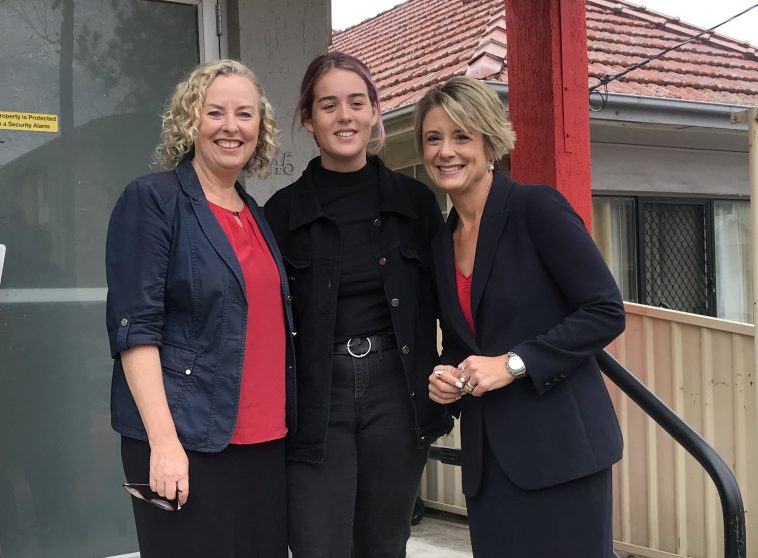 Newcastle’s up-and-coming musos will get a much-needed boost under a Bill Shorten Labor government.

Member for Newcastle Sharon Claydon and Senator Kristina Keneally announced, last week, that, if elected, Labor would commit $350,000 to Atwea (formerly WEA) to create a recording studio and live performance space at the Creative Arts Space in Beaumont Street, Hamilton.

“I’m a Novocastrian through and through and this is a city that has had a really strong and vibrant live music culture for decades which is important to foster and preserve,” Sharon told Newcastle Live.

She added that the funding proposal formed part of a larger plan to establish ‘music hubs’ across the country, as part of Labor’s broader Soundtrack Australia music policy.

“One of the really critical parts of the broader package of what we are doing around live music is a proposal for five community music hubs across Australia – to trial as a pathway for kids to not only to find a place to gather – whether it be to collaborate on music practice or just hang out,” she said.

“It will also provide a hub in the community for primarily young musicians (14 to 25) to make sure they’ve got a safe and creative space to hone their skills and to learn about the industry more broadly.”

“The facilities will be accessible to community members and disadvantaged young people who don’t have access to anywhere they can practice,” Senator Keneally said.

“This funding will allow for soundproofing and electrical works, upgraded lighting and a stage extension. It will also fund some fabulous new equipment like speakers, amps, and instruments.”

Sharon added that the funding would also give our city’s young people a place to see live music, especially as there is currently no dedicated all-ages venue in Newcastle.

“We used to have the Loft Youth Venue which was a great space and it’s been really hard ever since to find spaces. Council has utilised libraries and other spaces from time to time which is great, but it’s a case of more the merrier – let a thousand flowers bloom if you can.

“Overall we want to ensure with the music hubs that we ave a place that will nurture young people coming through in music.”