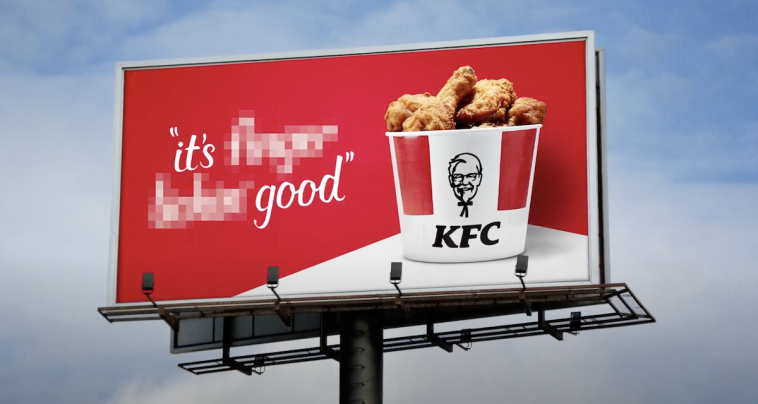 It’s the slogan that’s been associated with KFC for 64 years.

But the fast food giant has decided to ditch its iconic It’s Finger Lickin’ Good tagline because licking fingers isn’t necessarily a good look during a global pandemic.

KFC has hit the pause button on the use of the slogan world-wide with a statement revealing the company found the slogan to be ‘a bit off.’

“We find ourselves in a unique situation—having an iconic slogan that doesn’t quite fit in our current environment. While we are pausing the use of ‘It’s Finger Lickin’ Good’, rest assured the food craved by Aussies isn’t changing one bit,” KFC Australia Kristi Woolrych said.

“In all seriousness, we think it’s important to take a moment to have a little fun during these tough times, but rest assured we’ll still be providing ‘Finger Lickin’ Good’ chicken and a responsible experience for our amazing KFC family and customers, here and around the world.”

The company has also launched an ad to ram home the message that features a slideshow of KFC ads that feature the slogan with the words ‘Finger Lickin’ obscured from view.

The ad is punctuated by the caption: “That thing we always say? Ignore it. For now.”

So, for the time being, you will have to be content with wiping your hands on your jeans, or with a refresher towel after tucking into your next two-piece feed.

But, as the ad suggests, the slogan will not be put out to pasture forever. The company insists that it will be back “when the time is right.”