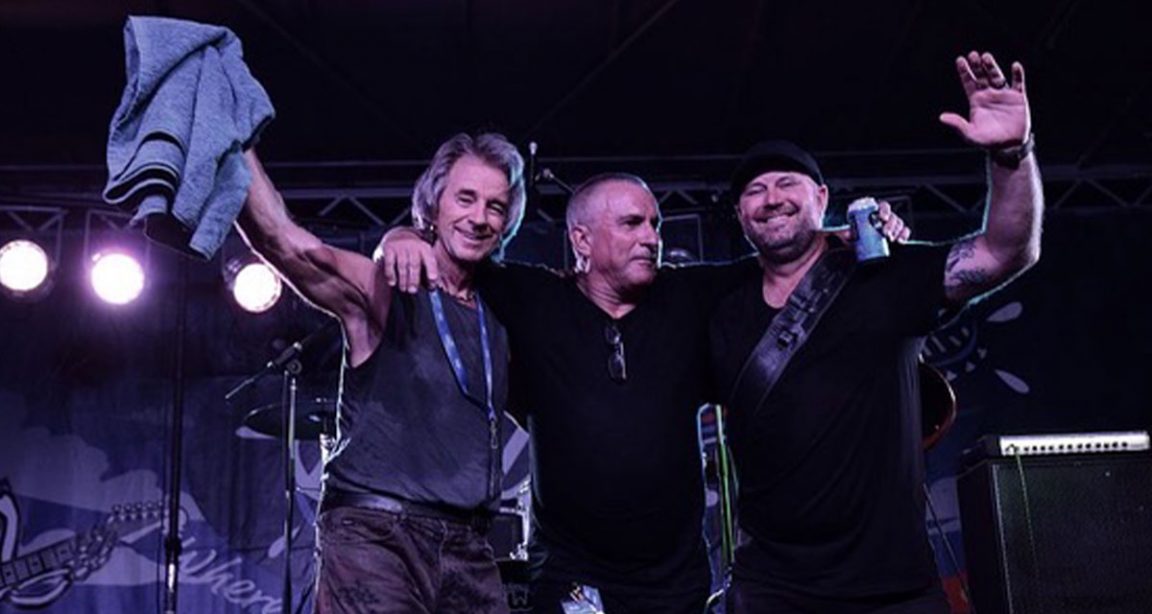 The massive bill also features sets from the mighty DV8, Sydney’s The Finn Blues Band and a very special slot from LeeRoy & the Rats doing a set from their  George Thorogood & Doors Show.

Regarded as one of the world’s best guitarists, Kevin Borich continues to deliver with his powerhouse trio featuring Jon Carson on drums and Chris Gilbert on bass guitar.

Recording his first single with Astor Records at age 12, his music career has now spanned 56 years and cemented him as one of the quintessential stalwarts in the Australian music scene.

Local rock fans need no introduction to DV8. Since re-forming in 2000 the band, led by frontman Greg Bryce, has continued the tradition of solid songwriting and flawless live performances.

DV8’s latest studio album Like It On Top features the best of what they have to offer from the cheekiness of Elvis Silver Sunnies and All Night Long to the heartfelt Moment To Moment and anthemic fist in the air of Rock n’ Roll Town.

There are few live music lovers who haven’t seen the guys in Leeroy & the Rats performing around the Hunter in some form or another. They have been touring the eastern states of Australia since 1986 with frontman Lee “Leeroy” Hammond‘s rattling honky tonk and infections rhythm and blues earning him fans every time he jumps on a stage.

For this year’s Live in the Park event, Leeroy and the Rats will be performing some of the highlights from their George Thorogood & Doors Show. It’s a set not to be missed.

The Finn Blues Band will open the show. The Sydney rhythm and blues band have performed at almost every major blues festival in Australia and are constantly touring the country. So make sure you get in early.

The Pelican RSL Club’s 2022 Live in the Park event rolls into the park on Saturday, 21 May. You can grab your tickets, which are just $30, at trybooking.com.