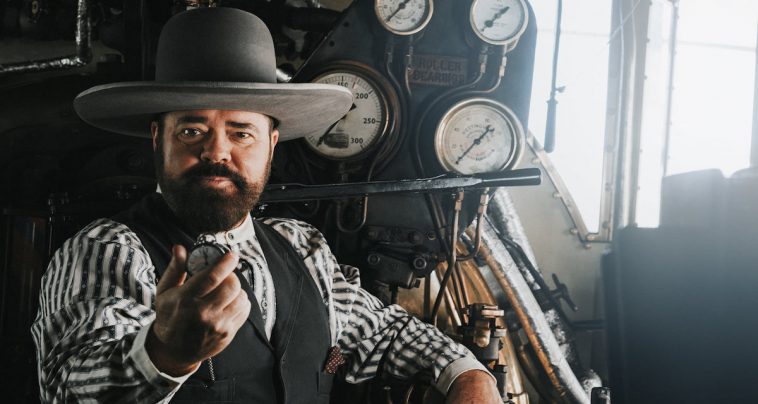 It has certainly been a long time in the making, but Australian Songwriter’s Hall of Famer Andrew Farriss is finally gearing up to release his debut solo album.

The INXS co-founder and principal songwriter has dipped his pen into folk and country inks for the self-titled slab and will be celebrating its release with a special show at Lizotte’s next month.

Heralded by three brilliant singles in Come Midnight, Good Momma Bad, and Run Baby Run, the 12-song set revels in stories of outlaws, freedom, cowboys and love and is a vast as the expansive North American vistas or rural Australian landscapes that inspired it.

“My wife Marlina and I took a horse riding trip down to the Mexican border where Arizona meets New Mexico in the Chiricahua Mountains – its a barren wilderness but a beautiful area. It really affected me. It got in my bones,” Andrew told Newcastle Live.”

“It really affected me in a way I didn’t see coming.

“I’m also a person that has lived out in the bush – I live out west of NSW and perfectly at home and at ease in a cowboy community of people that live in the bush and work outdoors and that has changed me as a person.”

Check out Run Baby Run below

Originally slated for a 2020 release in what Andrew now refers to as the ‘wilderness period’, the record had to be put on hold because mother nature had other ideas. The pandemic did not stop Andrew though, with the hitmaker using the downtime to release the EP Love Makes The World.

“I was really fortunate to be able to put out an EP during what I call the wilderness period. The EP had five tracks, two songs [All The Stars Are Mine and Love Makes The World] went to radio and they did really well which is a good way to lead into the album,” Andrew said.

“I love the EP songs and I was validated especially when radio picked up on. those two tracks but I just didn’t think. they completely fit with the theme of the album, but I’m really proud of the EP it’s done way more than I thought it would.”

“Run Baby Run is about freedom and in that sense it’s part of my whole album theme – I’m almost reaching out to people asking: ‘are there frontiers left ore do we just sit in front of flat screens all day,'” he said.

“The frontier idea I’m quite passionate about because some amazing things came out of people’s trials and tribulations to overcome massive hurdles and frontiers and things – and that could be anything, not just the great outdoors or the wild west.”

Despite being the principal songwriter in one of the most successful bands in Australian music history (of INXS’s US Top 40 hits, Andrew co-wrote all but one), Andrew said that he wasn’t interested in trading off the INXS name to bolster his solo career.

In fact, he admitted that he wasn’t convinced that his voice could cut the mustard in a lead vocal capacity – a fear that his Nashville-based songwriting team allayed.

“As I went along, especially in Nashville, they weren’t that worried about my background or where I came from it was more like: you sound pretty good there, man. And that changed me because up until that point I wasn’t even sure if i liked my voice

“I’m very proud of the amazing experience I shared with the INXS guys – I love that band I love the music and they’re all my brothers and my friends but I didn’t set out to recreate any of that,” he said.

The genius of INXS arguably lies in the fact that much of their catalogue has not only stood the test of time but managed to somehow remain contemporary years after release – a symptom of not being boxed into musical fads or trends – and Andrew said this ethos is one that has definitely carried over into his solo outing.

“I cant believe even now how much of our music goes out on radio around the world,” he said.

“It was maybe summed up best when Rob Thomas, Brandon Flowers from the Killers and Pat Monahan from train said to me independently one of the strange things about INXS is that it comes on the radio and sounds contemporary. I don’t fully understand it but I put it down to when we were writing the songs we did always think really carefully about what we were recording and why we were recording it.

“That is something that attracts me as a  songwriter. I don’t want to chase what train everyone else is on, I want to stay true to what I do as a songwriter, and keep  a frontier sense of freedom. When I was putting the album together, I steered away from cliches, plus I wanted to put my  own personality in it. If my album doesn’t sound like anyone else, then that is good.”