Newcastle band, The Treehouse Children will headline grass roots music festival, Springfest II on Saturday, October 15. We caught up with the the group last week to ask him about the festival, what they’ve got planned for the rest of 2016 and what it’s like to be in a band with a sex symbol.

NL: This is the first festival you’ve headlined. Pressure’s on boys. What have you got in store for the crowd at Springfest II?

TTHC: 5 slightly overweight boys jumping around making a racquet. That’s the reality of it.

NL: Arguably, your sound has really matured over the last twelve months. Can you point to one moment or one song that sparked this evolution?

TTHC: Well cheers. We’d bloody hope so, it’s taken us a while to listen back to something of ours and fully be able to dig it. I think it was when we stopped trying to argue the fact that we’re a Pop band. When we realised we didn’t really give a shit about genre, we opened up, and allowed ourselves to make the music that we want to make.

NL: Which members of the band wear undies, and who goes commando?

TTHC: Bes likes to let it all hang out, but that’s okay. It ain’t eazy bein red, and we accept his alternative lifestyle. Truthfully though, I think it’s because Bes lives so far out from us. He just ends up staying up with us for days at a time, so I guess no undies is better than dirty undies baby.

TTHC: At first awfully intimidating. Although eventually you reach a point of realisation, “yeah I’d fuck him”, it’s something everybody has to accept, can’t argue with it. 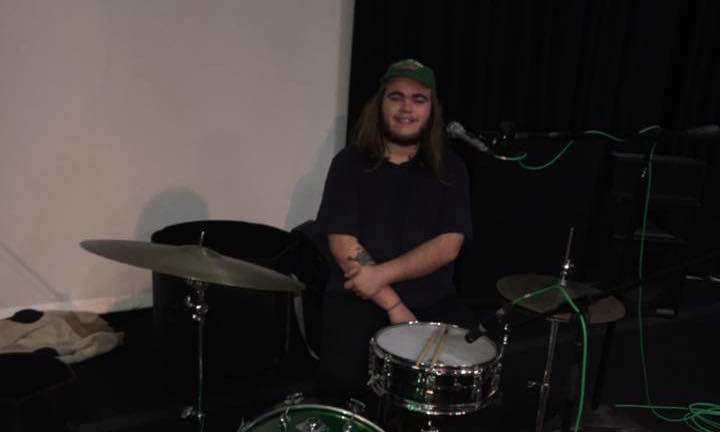 NL: When can we see a new single and a video clip from TTHC?

TTHC: SOOOOOO soon baby, early August in fact. Oz even wore make up in it so you know it’s gunna be good.

NL: One of our favourite frontmen, Joey Geyer (from local band Auxfire) recently joined the band. What has he added to your sound?

TTHC: With Joseph comes a vast display of back hair and pin point yet free flowing guitar playing. The dudes a freak, can’t deny it. He adds parts to our songs that make you know that the song is complete.

NL: Are there any band wars?

TTHC: Only over stupid stuff, like who forgot to shout. Or who gets the front. The important stuff seems to sort itself out.

NL: Looking at your Facebook page, it seems you guys really enjoy a beer or 20, what’s your favourite drop?

TTHC: Everyone knows Edge loves VB more than life. Don’t you dare get into him about it, especially whilst he has the green tin in his hand, which is often.  Bes will just drink whatever is the cheapest (Aussie hero). JG and Oz love a coopers green, but can never afford it. So they’re always trying to trick each other into buying rounds of it or whatever (they usually end up drinking new).

NL: We need a playlist for the road trip to Springfest II. Name 5 songs that should be on it.

Nelly- Ride with Me

Dan Beazley- Is that what you want?

The Roots- The Next Movement

General admission is just $25 plus booking fee, and can be purchased from https://events.ticketbooth.com.au/event/SpringfestII