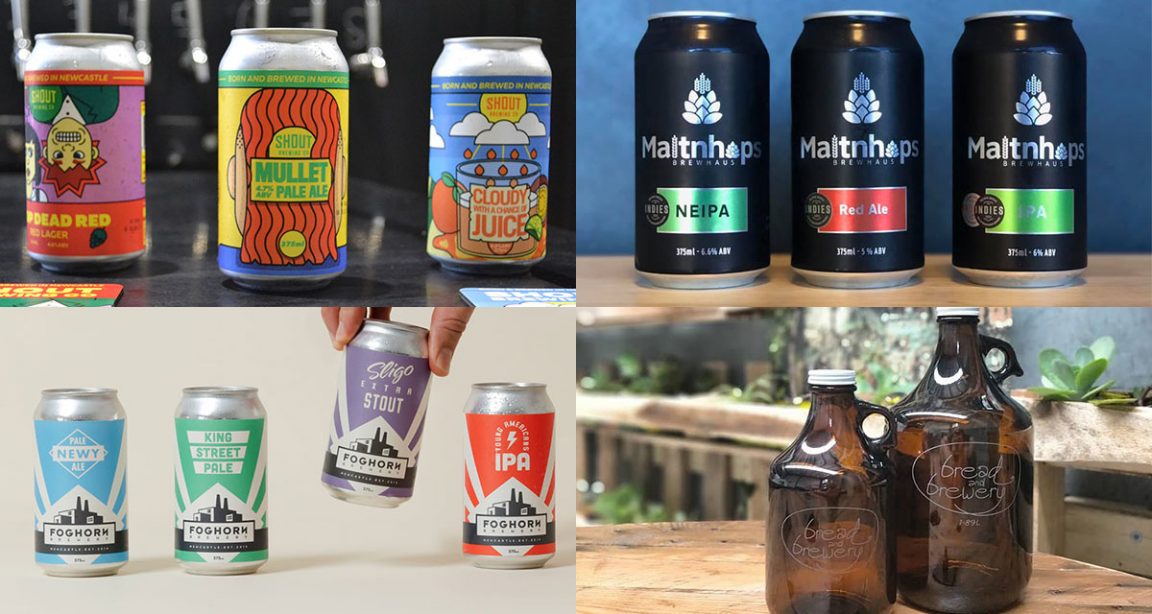 Who doesn’t love a cheeky beer on a Friday?

And withInternational Beer Day 2021 happening next Friday,6 August, we reckon it’s a great excuse to kick back at home, in Covid safety, with a few tins or a growler of some of the good stuff courtesy of our amazing local brewers.

So here are a few local breweries we think you should check out and a couple of recommendations for their top tipples you can pick up in readiness for the big day!

Maltnhops have been celebrating the cooler months with the release of some amazing dark beers including this Coffee Stout. It’s a rich oatmeal stout with dark chocolate flavours the pours beautifully with a thick creamy head. This is the second winter they’ve brewed this stout, with subtle changes this year to bring the WOW factor.

If the darker stuff isn’t your thing, we reckon you should try their award-winning New England India Pale Ale. At 6.6% it really packs a punch and was a real standout for us at this year’s Hunter Valley Beer and Wine Festival.

It’s hard to go wrong at this place. One of our city’s most loved breweries,FogHorn is renowned for making amazing beers.

If we were pushed to recommend a couple we’d have to start with the King Street Pale. It’s packed full of great morish flavours. Not too heavy, not too light – You can sit on a session of these all night. But every time we visit we can’t go past their Young Americans IPA. This bad boy was awarded a gold medal at the 2017 Australian International Beer Awards and it’s a nod to the late, great David Bowie.

The small-batch craft brewery based in Mayfield West has been kicking some massive flavour goals.

If you’ve never tried one of their beers the first stop has to be tin of their Keep Newy Weird West Coast IPA. They say it tastes like pristine beaches mixed with coal dust and memories of phallic lookouts. We’re not so sure about that, but it is delicious. And if you or your drinking buddy isn’t really into craft beer you should giveShout Brewing‘s Mullet Pale Ale a try. It’s an easy-drinking pale with a nice hint of tropical fruits. A real crowd-pleaser.

One of the newer kids on the block, Bread & Brewery has begun selling squealers and growlers of some really interesting beer they’re brewing in the industrial estate in Morisset.

The Italian Uncle is a limoncello infused lager (we told you they were making some interesting beer) is not for everyone, but it’s a must-try. Another beer were keen on trying during a recent visit was their Fire Truck Barley Wine Red Ale. This one is for serious craft beer lovers only. There’s no doubting this is an ale, but you can really taste the barley wine and your mouth will remeber.