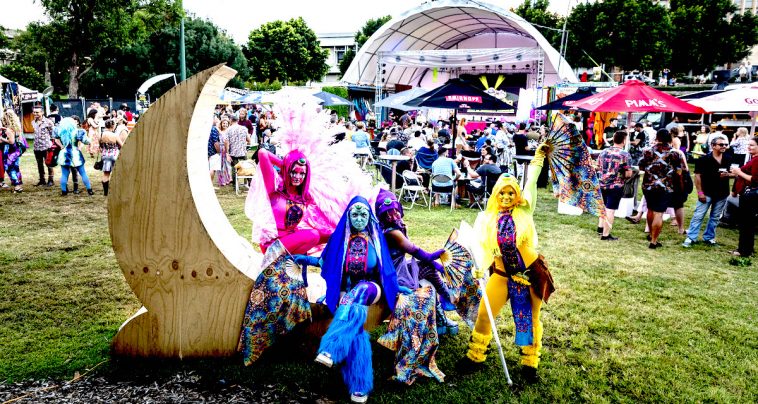 While the dust may’ve just settled around Newcastle’s newest arts and culture festival New Annual, plans are already in the works for a second iteration.

City of Newcastle (CoN) revealed on Wednesday that the festival will get a second airing in 2021 from Friday 24 September to Sunday 3 October with that time slot becoming its ongoing annual date.

It’s not surprising either, with the festival reprotedly attracting 30,000 people to more than 50 events and activities across the city.

Lord Mayor Nuatali Nelmes said the festival, which involved more than 500 artists and 250 staff, crew and volunteers, further cemented Newcastle’s status as a hub of creativity.

“New Annual marks a significant milestone in Newcastle’s growth and identity, demonstrating the City of Newcastle’s commitment to the arts and ability to deliver large-scale, multi-event festivals,” Cr Nelmes said.

“We are absolutely thrilled that locals and visitors alike have embraced New Annual, providing a vital shot in the arm for Newcastle’s recovering creative arts and live music sectors, heavily impacted by COVID-19.”

Among the highlights was former Prime Minister Julia Gillard’s inspiring talk, which was sold out within two days, presented by the Newcastle Writers Festival as one of a number of new partnerships established as a result of the festival.

“New Annual has been hugely beneficial for our company, and in many ways, a lifeline during the COVID-19 pandemic,” he said.

“Being a part of the festival not only meant work for our artists – many of which were struggling with the economic effects of COVID – but also a highly visible platform for our work to be showcased.

“Based on the vote of confidence City of Newcastle has shown in our work, we were able to leverage this project for additional funding through the Australian Government’s RISE fund, allowing us to reinvent the show for national and international touring in 2022 and 2023.”