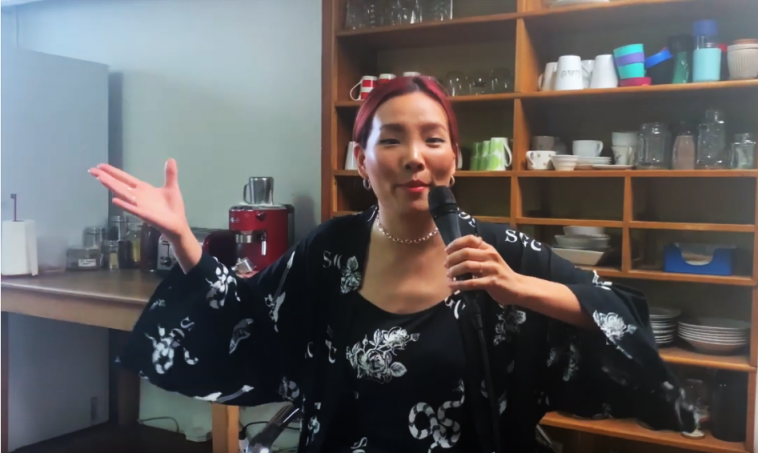 If there’s one thing that chanteuse Dami Im wants audiences to take away from her shows at Wests Nelson Bay and Belmont 16s weekend is a sense of authenticity.

Speaking to Newcastle Live the 2016 Eurovision runner up said: “so this tour is called the Dreamer tour because Dreamer is a song I wrote a couple of years ago when I wanted to be really honest about who I am and what I want to do.

“I guess this show is called Dreamer because I wanted this show to be about taking control of my destiny and I want the audience to feel that in the show – it’s about people choosing their own path. I want people to feel liberated, free and happy.

Since taking out top honurs in the 2013 iteration of X Factor, Dami’s star has continued to soar. She walked off the X Factor stage victorious and strode, without delay, into the #1 spot on the ARIA charts with her platinum self-titled album.

Since then, she’s released three more acclaimed studio albums, including the Gold accredited 2014 release, Classic CarpentersCwhich peaked at #3 on the ARIA album charts and gave rise to a sold-out national tour. Dami then travelled to Sweden to represent Australia at The Eurovision Song Contest 2016—where she placed second in the world performing in front of an audience of 200 million with her international hit, Sound Of Silence.

Dami then released her fourth studio album I Hear A Song in 2018 which peaked at number three on the ARIA Album Charts.

Dami is not resting on her laurels in 2019 ether, releasing the gorgeously lush and ethereal Crying Underwater.

The track’s accompanying video courted controversy when it was banned from Facebook on the grounds of being too sexually provocative for the social media platform – something that took Dami completely by surprise.

“Facebook thought it was too sexual and obviously that’s not who I am,” Dami said. I think because I’m trying something different, that shocked a lot of people

“Crying is such a vulnerable song. I’m not used to opening up that much in a song. I wrote cit after something really personal happened to me and I felt like it was really hard to share emotions with other people especially when feeling sad or depressed.

“When you’re crying underwater you can’t tell if you are crying or not.”