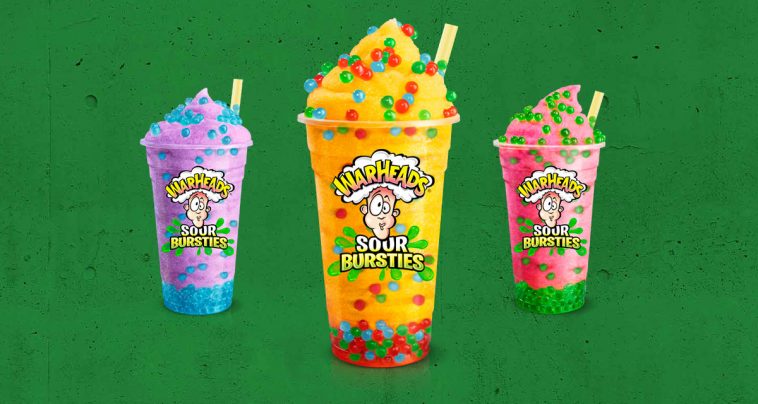 Hungry Jack’s are going to war with our tastebuds with this one.

They’ve teamed up withWarheads to release a limited edition range of Sour Bursties.

Basically, you order your favourite frozen beverage and turn it into a sour sipper by adding a bag of tiny littleWarheads to the mix.

You can choose between Sour Watermelon or Sour Green Apple Warheads and if you’re really in need of a face twisting hit you can add these little suckers to Hungry Jack’s Frozen Sour Grape or Sour Watermelon Fanta and hold on for dear life.

The addition of these sour little buggers will set you back $1 on top of what you’ve paid for your originalBurstie. That means you can bring the party to your mouth for just $2!

Just when you thought theWarhead crazy was dying out, they’re back to kick your tastebuds arse.

Warheads were actually invited in Taiwan back in 1975, but didn’t rise to popularity with kids in Australia looking for anextreme flavour hit until they were imported to the land down under in the early ’90s.

If you’re keen to kick your tastebuds right out of your face, you’ll need to get in quick. These cheeky flavour bombs are only available at Hungry Jack’s for a limited time.