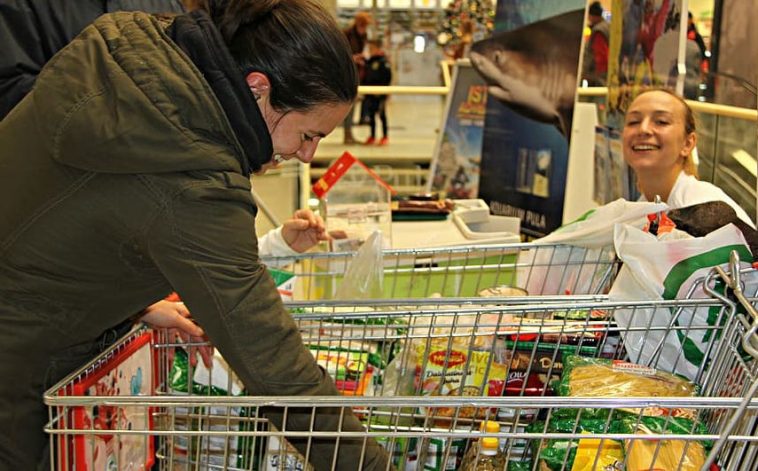 Picture this. Every single major news outlet, online, and in print, is screaming at you to stay home.

You’re seeing the alarming number of COVID-19 cases jump by thousands daily in some cases. You’re seeing Scomo fumble his way through a press conference, defending the footy one minute, and condoning those on Bondi Beach the next.

#Workfromhome is trending everywhere, and people are trying to adjust to what it feels like to do their jobs from the confines of their own home, most likely – without pants on (it’s a fact people, we all know it).

You’re also seeing those who are complaining about working from home when, in all honesty at this point, you’d love the opportunity to work from home.

But you don’t have that luxury.

But how do we repay you? We yell, we’re awful, we cause fights in the aisles, we abuse you, and live as though we are the centre of the entire universe. To us, you apparently mean nothing. And for this, I am so sorry.

Even with the whole world literally losing its mind, I always thought that humanity would prevail. That we would, as a people, take the opportunity to join together as a community and support one another. Apparently not.

But hey, there’s my two cents on the matter. And here are our top tips on how you can be nice to service workers, because apparently we just don’t get it.

Just don’t be a dick

Again, really not that hard guys.

That old ‘if you don’t have something nice to say then don’t say anything’ rule kind of applies more now than it ever has.

Look people in the eye when you’re talking to them. Show some basic respect, and treat people the way that you would always want to be treated.

There’s no need to clap back, or yell at someone, or just generally be an awful human. There’s also no need to blatantly cough or sneeze without making an attempt to protect those around you.

Tensions are high. Very high The highest in all the land and we have no idea what is coming from day-to-day.

You, my friend, are not the centre of the universe and the world does not revolve around you. The world is still spinning, and things will keep moving forward, and you will eventually get to the front of the line.

You are not any more important than the person in front of you, or behind you. Lines are a little longer than usual, things are running out faster than usual, and everyone’s a little worried about looking after their families.

But just remember that all of those workers, are doing their absolute best to keep our systems running – for you, for all of us.

Do you really have to make that snarky comment? Look at someone the wrong way? Start fights just for the hell of it?

Please, please take a hot minute to understand that 99% of workers that you will come into contact with are scared, frustrated, stressed out.

Scared they are going to lose their job but also wishing they could be at home, safe with their family.

We’re all just trying to get by, and get through this, as best we can.

Say “hi,” be nice, be friendly, be thankful. Without them, the world really will stop turning.