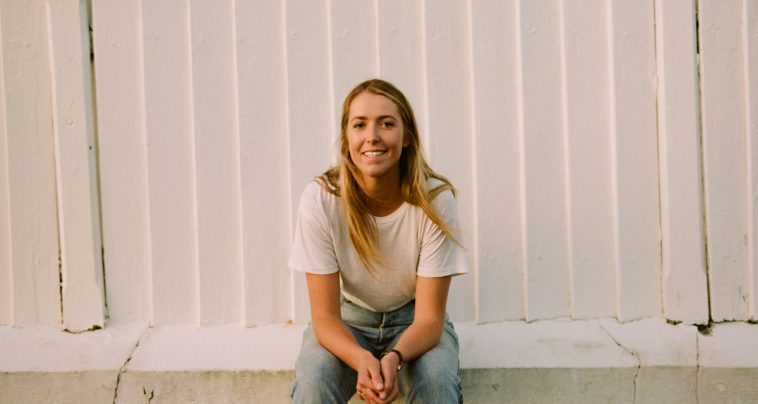 Ex-pat Novocastrian songwriter Megan Core is certainly not doing things by halves during these crappy times.

After leaving Newcastle, her home of five years, and moving to the far-north coast earlier this year, Megan dropped her first-ever single in the form of Twenty Something – a sunny indie-folk rocker that has enjoyed more than 3000 streams on Spotify since its June release.

Striking while the iron is hot, Megan will be releasing the follow-up Lost In Mayfield on Friday 21 August and she told Newcastle Live that the track was a homage to her musically formative years in our fair city.

“Newcastle was my musical home – I lived there for five or six years and the community there was really supportive – it was a great place to start playing gigs and writing and recording music,” Megan explained.

“At the time I was playing heaps of gigs but at the same time getting ready to move away to the far north coast. It was a bittersweet time where I was loving it, I was really busy and doing heaps of music but then also knowing I was about to leave I think when you know something good is coming to an end it makes you more thoughtful and reflective about it.”

Megan added that this process of self-reflection made her think about what it is about a place that makes it feel like home which provided the overarching theme of the single.

“I was thinking about why I loved it there so much and what was connecting me to the place and that’s how the song came about,” she said.

“Metaphorically speaking it’s about what gives someone that sense of home and what makes them feel connected. For me, it was really about the people and the community there, the friendships I had and all the great music venues.”

“It was really cool to go through that process and when I finished writing it I was like ‘oh, that’s what I was trying to say.'”

The result is another indie-folk banger that, despite dealing with some reflective and bittersweet subject matter, bristles with a joyousness and unabashed positivity that is impossible not to connect with.

With gigs very few and far between for obvious reasons, Megan has been scratching that performance itch by presenting weekly live-streamed gigs on the Instagram page, but also added that there are plans to release single number three Caffeine Fix (with all three tracks being recorded at Newcastle’s Novotone Studios) at the end of this month.

“I feel like in a way it has been a long time coming because I have been writing songs for years,” Megan said.

“I’m just really keen to get some songs out and once I put out Twenty Something I figured why not just keep them coming?”

Megan Core’s Lost In Mayfield will be available to stream and download from Friday 21 August.