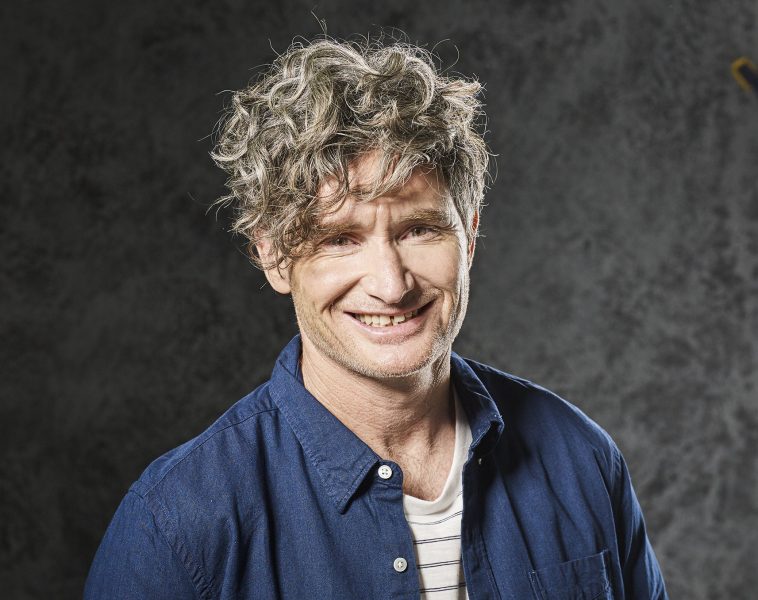 The next time funnyman Dave Hughes visits Newcastle, things are going to get hairy.

That’s because the laconic raconteur and star of stage, TV and radio has added another feather to his career cap – that of hair farmer and his efforts to foster the impressive mop he currently sports is the feature of his new stand-up show, aptly titled Hairy.

“I guess [entertainment guru] Richard Wilkins has finally turned me around,” Dave said of the inspiration behind his new coiffure. “He’s got an amazing head of hair.”

“Also, I’m 48 and I can still grow hair so I guess I’m also doing this to rub it in to bald men everywhere.”

While Dave, who will be doing his thing at The Spiegeltent Newcastle in May, said that he has, thus far, been pleased with the results, his new ‘do’ isn’t without its detractors.

“Yeah, some people don’t seem to get it,” he said. “I tried a headband on the other day and about five people told me I looked like a lesbian tennis player, which I didn’t really understand, but anyway.”

Through the success of his current small screen gig, Hughesy We Have A Problem, Dave has also picked up a bit of a ‘nation’s agony aunt’ vibe, and he said his new ‘problem solver’ persona isn’t always what it’s cracked up to be.

“I find that a lot of blokes like to yell out problems me from utes,” Dave admitted. “But, I mean I’m not a miracle worker.”

When it come to the home front and his wife Holly and three kids, Dave added that he preferred to leave the problem solving in the studio.

“I’m more of a problem ignorer,’ he said. “It’s kind of like a chef that doesn’t want to cook at home.”

“Although while I do like to ignore things around the house, I’ve been together for 17 years and married for 13 – it never really works it just makes things worse.’

While he has conquered many fields in his illustrious career, Dave said that it was the immediacy of response from a stand-up crowd that gives him the most pleasure.

“To be honest, I kind of start getting antsy if I don’t do stand-up for a while,” he said. “I love doing radio and TV but that feeling you get from doing stand-up just can’t be beaten.”

And for Dave, there are few places better to tickle the funnybone than Newcastle.

“I absolutely love coming to Newcastle,” he said. “I was hanging out with Carl Baron recently and we were both talking about how people in Newcastle just always seem to get it.”

Dave Hughes will bring the laughs to The Spiegeltent Newcastle on Friday 31 May from 7pm. Get your tickets here.