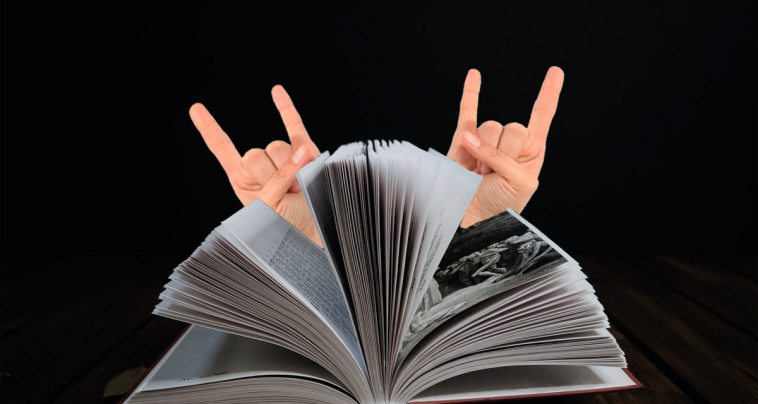 Given that we here at Newcastle Live love music, we reckon that the next best thing to listening to it is reading about it.

Artist biographies are the perfect way for fans to gain insights into their lives, influences and creative processes and newcomers to get up to speed on their recently uncovered musical gem.

So as we continue to be deprived of live music, here are four musical memoirs that you won’t be able to put down.

The fact that Elton John and Queen biopics have appeared before an adaptation of this rollicking rock and roll adventure defies belief.

When it comes to rock and roll excess, Keef pretty much wrote the blueprint and it’s all here in unflinching detail – the sex, the drugs, and the rock and roll.

Life also gives a fascinating insight into the music that drove him to pick up a guitar and how those influences manifested in certain songs and at times idiosyncratic descriptions of how the Stones achieve their sound which is sure to delight music nerds.

This weighty tome, clocking in at a formidable 738 pages and based on SIX years worth of interviews between Neil and author Jimmy McDonough, is arguably the definitive written statement on one of the most enigmatic songwriters in American music history.

No stone is left unturned here and by the end you really do get a sense that you know Neil yourself.

Sure it might meander in parts and non-audiophiles might baulk at the amount of studio talk, but you’re not likely to find a more comprehensive portrait of Neil.

3. The Haçienda: How Not To Run A Club

Written by New Order bass player and co-founder of Manchester’s iconic Haçienda Club, this eye-opening tome deftly charts the rise of the “Madchester” scene of the late 1980s of which the club was an integral part.

Like it says on the tin, this book is also a how-to on not to run a club. And Peter Hook would know. The club was financed largely by Factory Records, New Order’s label, ever diminishing returns, and the scourge of drugs and gangs in the ’90s caused the club to shut down in 1997.

Given the amount of money, Factory was pouring into the club just to keep it afloat, at one point the Haçienda owed New Order more than £2million.

4. Get In The Van: On The Road With Black Flag

The double disc spoken word version of this phenomenal book netted Henry Rollins a Grammy back in 1995 and it’s not hard to see why.

The book is made up of journal entries that Henry kept during his time (1981-1986) fronting the seminal US hardcore band Black Flag.

Get In The Van is in no way a romantic portrayal of life on the road but rather an angst-ridden account of crazed fans, dismally depressing overseas tours, run-ins with the cops, and near starvation (at one point a roadie explains to Henry the benefits of dog food and white bread – so long as you can get it down before tasting it.)

The book also comes with a swathe of black and white pics from Henry’s private collection that really help to give his at times misanthropic musings a definite sense of place.