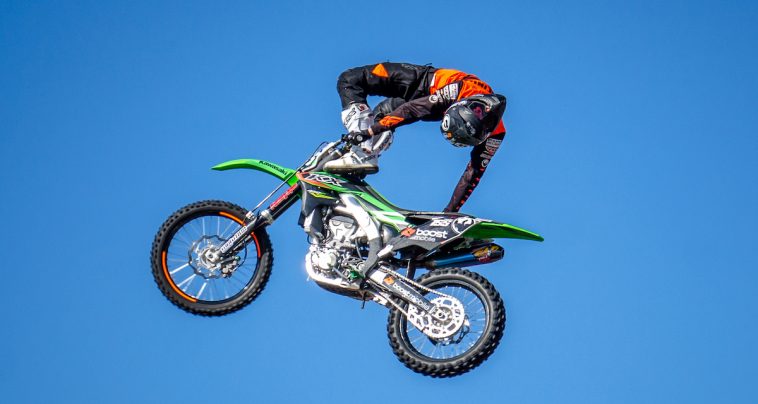 Some of Australia’s biggest freestyle motocross names are heading to Newcastle next month for what promises to be a high octane extravaganza.

Freestyle Kings Live will showcase an all-star lineup of champion athletes in a dynamic, action-packed and jaw-dropping display that is sure to have everyone on the edge of their seets.

The two-hour extravaganza is guaranteed to keep fans enthralled with all the insane excitement, radical death-defying stunts and never-before-seen world firsts.

There will be frontflips, backflips, side-by-side jumps performed bigger, faster and higher than ever before, and hitting heights of over 75 ft from the ground during one huge choreographed show with pyrotechnics and firebreathers.

“I can’t wait to get back on the bike and head to Newcastle with an elite team of Aussie riders and crew, these guys are the best in the business, and we are so excited to put on an explosive show for the fans,” World Games champion Pat Bowden said.

“We have some pretty special stunts planned and world firsts.”

The family friendly event caters to fans of all-ages and will give them the opportunity to mix their idols at a pre-event, COVID-safe, meet-and-greet.