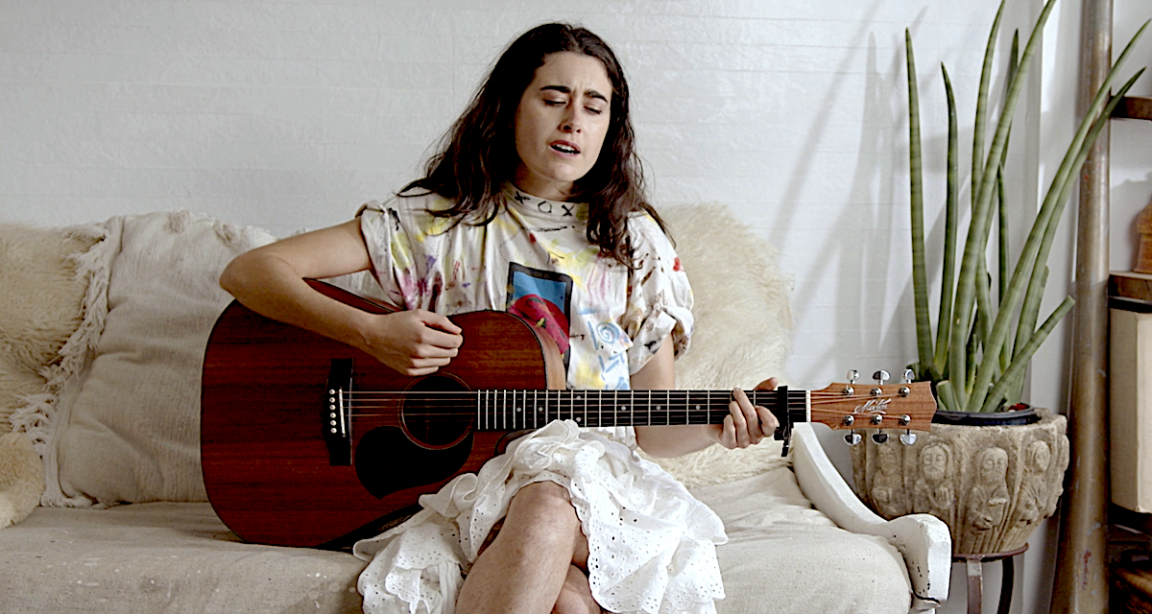 When Grace Turner released her latest single Half Light earlier this year, the beautifully lilting and delicate track quickly shot straight to the top of our list for Newy song of the year contenders.

Well, now Grace is giving Newcastle Live readers the first look at a live clip for the stunning single and first taste of her anticipated soon-to-be-released EP Half Truths.

The clip, which also features Grace explaining the motivations and inspirations behind the EP, was filmed at her brother’s house in Islington by Newcastle-based filmmaker Thomas Hudson while the audio was captured by Clint Topic from Sawtooth Studios.

Check out Grace Turner performing Half Light below.

The track itself, produced by Fletcher Matthews (Sweater Curse, CLEWS) was recorded over a number of sessions, kicking off at Melbourne’s Sound Park Studios with Timothy Harvey (Lisa Mitchell, Ella Hooper) before moving to arguably the opposite end of the spectrum – a tractor shed in Cessnock, supplied by Newy legends RAAVE TAPES.

Grace said that Half Light traverses “the dualities we have within ourselves and the many potentially conflicting parts of the personalities we live with.”

“It also explores the world of half-truths we live within as a society, I am constantly questioning the world around me and how I fit into it and what makes me who I am.”

Half Light is available to stream and download now. The Half Truths EP will be released on Friday 7 August.