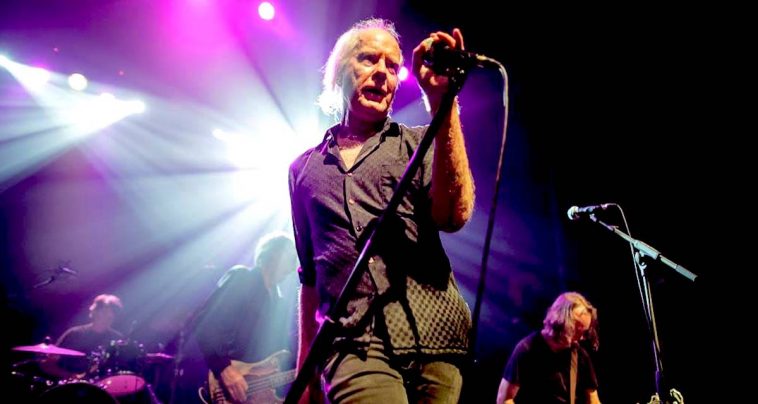 There’s no denying that the folks over at Dashville have been putting in a sterling effort during this COVID nonsense, continuing unabated (save a few grey hairs, we’re sure) to provide us gig pigs with some truly stellar lineups.

And that’s a trend that is definitely continuing with the first lineup for September’s ‘slightly heavier’ Fashville experience, Thrashville dropping on Friday.

And what a line-up it is – led by none other than no foolin’ Oz garage rock and roll legends The New Christs!

Fronted by the Yeah Hup King, Radio Birdman’s Rob Younger, The New Christs rose from the ashes of the aforementioned seminal proto-punks in the early ’80s.

Initially forming to open for Iggy Pop’s 1983 Australian Tour, The New Christs have been a formidable live act ever since, especially with such brilliant albums like Distemper and their latest Incantations under their belts.

Boasting a line-up of Rob Younger on vocals, Jim Dickson (Radio Birdman, Barracudas) on bass, Paul Larsen (Celibate Rifles, Screaming Tribesmen) on drums, Brent Williams on guitar and keys and Dave Kettley (Radio Birdman) on Guitar – this is one band you DON’T want to miss!

And it seems that Thrashville’s stock among the stable of awesome Dashville fests is rising with organisers currently toying with the idea of adding a third stage to showcase a few more bands from the huge crop from across the country that threw their hat into the ring, this year.

“At Dashville festivals we don’t like to put a band on at the same time as another,” Dashville head honcho Matt Johnston said.

“With Thrashville though, the demand for bands wanting to play is through the roof.  We reckon as long as we can get enough of an audience, a third stage could actually be a viable thing given we have the space.”

Thrashville is on at Dashville on Saturday 11 September. Head here for tickets.