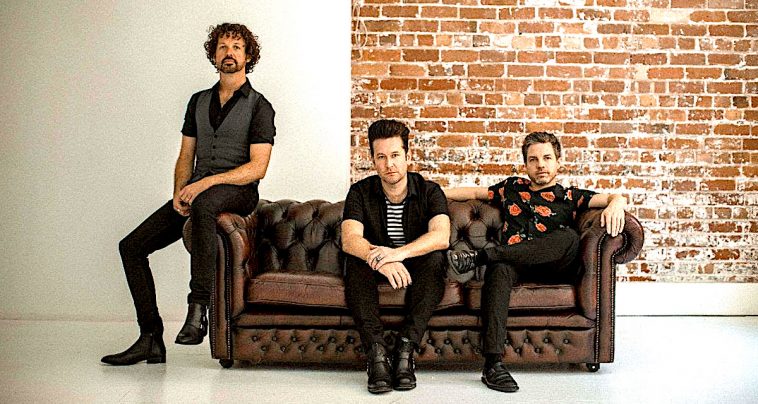 With their last alum Wastelands dropping in 2013, it’s definitely been a long time between drinks for Eskimo Joe.

Thankfully for fans, the Perth rockers have redressed that balance with their new single Say Something.

Speaking to Newcastle Live in between assembling a new bed for his son, guitarist Stu MacLeod said that the song, which was written 18 months ago, at a time when conversations around climate change and the environment were prevalent, has taken on extra meaning in the wake of current world events.

However the song’s original sentiment of staying silent is to be complicit, rings truer than ever.

“Over the last 18 months or so the meaning of the dong has definitely expanded. It’s an interesting one, that’s for sure,” he said.

Check out Say Something below

Stu said that while Eskimo Joe has never been a political or a “statement” band, perspectives tend to change purely by virtue of maturity.

“There’s always going to be people who use their creative output to carry a message – we’ve never really done it in out band before but as people progress in the world from year to year we tend to look outwards at the rest of the world rather than just focussing on our inner journey,” Stu said.

“I think those lyrics came quite naturally for Kav [Temperley, frontman].”

The new single represents the end of a period of ‘revisionism’ for Eskimo Joe who have been celebrating 21 years as a band by releasing reissues of their albums Girl, Ghosts of the Past, Inshalla, Black Fingernails Red Wine and most recently A Song Is A City.

Stu said that process, as well as their run of symphony orchestra shows to coincide with the releases, had strongly informed the finished product of Say Something.

“In a way it was about putting a cork in that period so we can move ahead, but it was also about taking the cork out of the bottle and having a little sip” Stu explained.

“That process of reliving all the old records really influence the writing of this song to be honest because you kind of forget where you’ve been.”

And when it comes to where they have been, it’s sure been a wild and successful ride with eight ARIA awards 11 WAMis, and three International Songwriting Awards.

While Stu said the accolades and having such epithets as ‘Oz Rock Royalty’ and ‘Indie Rock Legends’ attached to the band’s name were nice, they should never detract from the business of producing quality music.

“It’s always great to get kudos from your peers – its not why you do it but it would be stupid to think that it doest affect you in a positive way,” Stu said.

“I remember standing on stage for each of those ARIAS with a massive smile on my face, but at the end of the day having the opportunity to write, record and release music is all the award I really need.”

With the Eskimo Joe new music drought now broken, Stu said the band were now keen to just take each day as it comes.

“It’s about as up in the air as it gets at them moment,” he said.

“We’re not focussing on any particular plan other than we’re going to write music, we’re gonna release it, we’re gonna tour and we’re gonna have fun!”