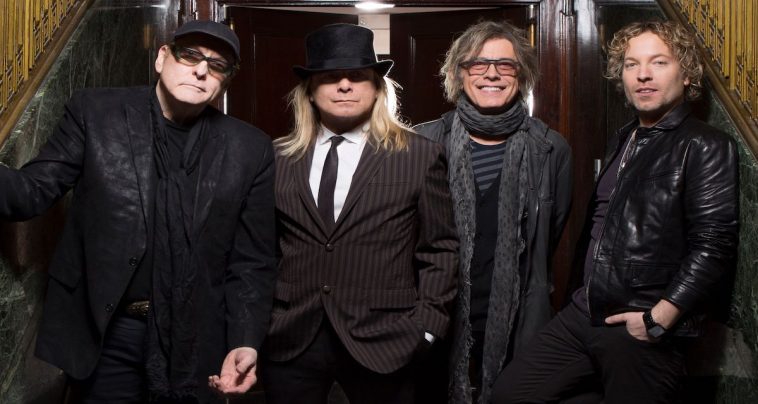 Look out, Newcastle! The Dream Police are coming!

Yep, that’s right! Rocks and Roll Hall of Famers Cheap Trick will join ’90s rockers Bush and Stone Temple Pilots and Aussies Rose Tattoo and Electric Mary at Camp Shortland for the rescheduled Under The Southern Stars festival this May.

The influential outfit has replaced ’90s US rockers Live who were unable to commit to the new dates due to a scheduling conflict.

Responsible for one of the greatest live albums of all time in Cheap Trick at Budokan, the legendary band, that formed in 1973, have gone on to sell a whopping 20 million records over a hit-laden four-decade career.

While you can definitely expect to hear the likes of Dream Police, I Want You To Want Me, Surrender, The Flame, and maybe even their rocking That ’70s Show theme rendition of Big Star’s In The Street, Cheap Trick will also be belting out tracks from their soon-to-be-released 20th studio album In Another World.

“We look forward to joining Bush and Stone Temple Pilots in one of our favourite countries,” the band said in a statement.

Originally slated for April last year, the anticipated rock and roll roadshow was postponed due to COVID-19 and the rescheduled shows mark the return of international touring around the world!

“I’m so proud of my team in securing exemption from Commission of Border Control and thankful to all the captains of industry, Ministers, Lord Mayors and SA Premier for their letters of support,” promoter Andrew McManus said.

“Being the first live-on-stage International tour, we are aware the eyes of the world will be on us championing the re-opening of live international touring not only in Australia but globally.

“Under the Southern Stars ’21 will be part of history. I urge fans to get in quickly and applaud all for supporting live music and the whole entertainment sector so badly damaged by COVID.”

All ticket holders for all UTSS events will be contacted directly via email in the coming days, with information on the rescheduled dates and the options available to them regarding ticket transfer or refund. No action is required from ticket holders until they receive emailed communication.

New Under The Southern Stars 2021 tickets are on sale from 9am on Friday 5 February. Presale kicks off at 12pm on Wednesday 5 February. Head here to purchase and for more information.

Under The Southern Stars
Saturday 1 May 2021
Camp Shortland