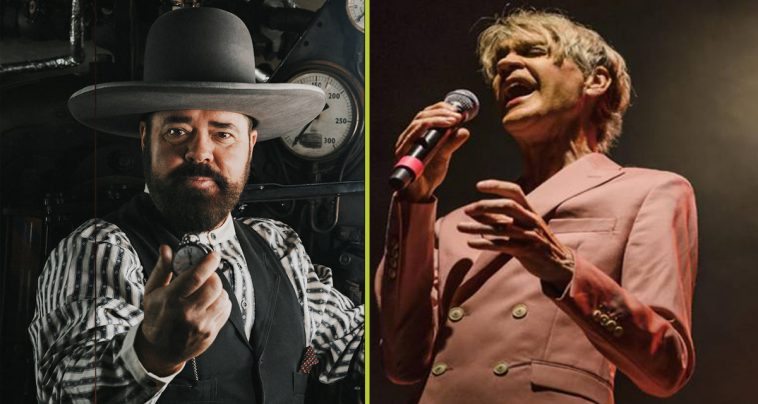 It’s the Lambton based venue renowned for tempting us with some of the biggest names in music, both here and overseas, as well as a sumptuous menu.

Well, Lizotte’s is certainly living up to that reputation this weekend with two massive shows on offer over the weekend – INXS principal songwriter Andrew Farriss and Jeff Duff, widely regarded to be one of the greatest entertainers the country has produced.

Andrew Farriss will hit the Lizotte’s stage on Friday 16 April to celebrate the anticipated release of his debut self titled solo album.

Heralded by three brilliant singles in Come Midnight, Good Momma Bad, and Run Baby Run, the 12-song set revels in stories of outlaws, freedom, cowboys and love, and is as vast as the expansive North American vistas and rural Australian landscapes that inspired it.

Originally slated for a 2020 release the record had to be put on hold because mother nature had other ideas. The pandemic did not stop Andrew though, with the hitmaker using the downtime to release the EP Love Makes The World.

As the main songwriter for INXS (penning all but one of their US Top 40 hits) there’s no denying that Andrew Farriss is a master craftsman and this show, also featuring Golden Guitar-winning country music troubadour Andrew Swift, promises to be one for the ages.

Whenever renowned Sydney-based artists Jeff Duff hits the stage, you know you’re in for a treat.

Since first stepping on stage with rockers Kush in the 1970s, Jeff has forged a long and storied career that has seen him release a string of solo albums (including the brilliant 40-track anthology Martian Girls Are Easy.

The enigmatic performer is also well known for bringing his inimitable style to the catalogues of some of the biggest names in the biz including David Bowie (in the amazing Bowie Unzipped show), Frank Sinatra and Scott Walker.

When Jeff hits the Lizotte’s stage on Saturday 17 April, he’ll be delving deep into the work of jazz-rock fusion icons Chicago AND the big, brassy rock sound of Blood Sweat and Tears.

Spinning Wheel: The Music of Chicago and Blood Sweat and Tears will see Jeff and his amazing band belt out hit after hit from the two heavy hitters including the likes of God Bless The Child, Spinning Wheel, Lucretia Mc Evil, If You Leave Me Now, Make Me Smile, and Does Anybody Really Know What Time It Is.

Jeff Duff is a consummate performer and, armed with such an impressive set list, he is unstoppable.

Andrew Farriss plays Lizotte’s on Friday 16 April, while Jeff Duff brings his Spinning Wheel show to the same stage on Saturday 17 April. Get your tickets here.