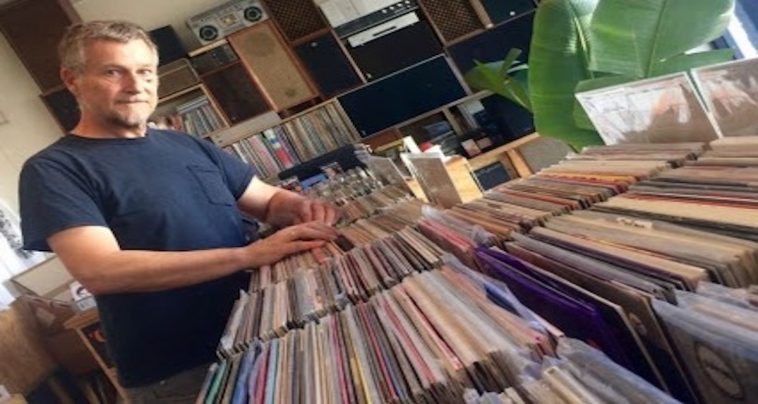 If you live in Newcastle and have even the slightest interest in vinyl, chances are you’ve come across Chris Dunn.

You would have seen him presiding over an impressive collection of albums at The Edwards record store and no doubt heard him passionately wax lyrical about his favourite artists and LPs.

Well, almost two years to the day since The Edwards (and the record shop) were ravaged by fire, Dunny experienced tragedy again when a fire ripped through his home back in June.

Dunny was lucky to make it out safely, but all he managed to salvage was his. phone meaning that all of his possessions including his irreplaceable record collection containing in his words “every great record ever released and every great Australian independent release between 1975-1981.”

Well Karissa Joannou, wife of Eddies owner and Silverchair bassist Chris Joannou has set up a Gofundme campaign to help get Dunny back on his feet.

“Dunny is a humble man, he has lived a simple life, music is his heart and soul,” Karissa wrote on the Gofundme page.

“His record collection is irreplaceable as there were records in there not even Dunny will be able to find again. But I know a bit of cash in the hand right now will help Dunny pick up the pieces and get back on his feet.”

The good news is that the campaign, despite only being active for three days has already eclipsed its initial goal of $10,000 but it’s still open so, if you are able, head here and give what you can to help Dunny in his hour of need!