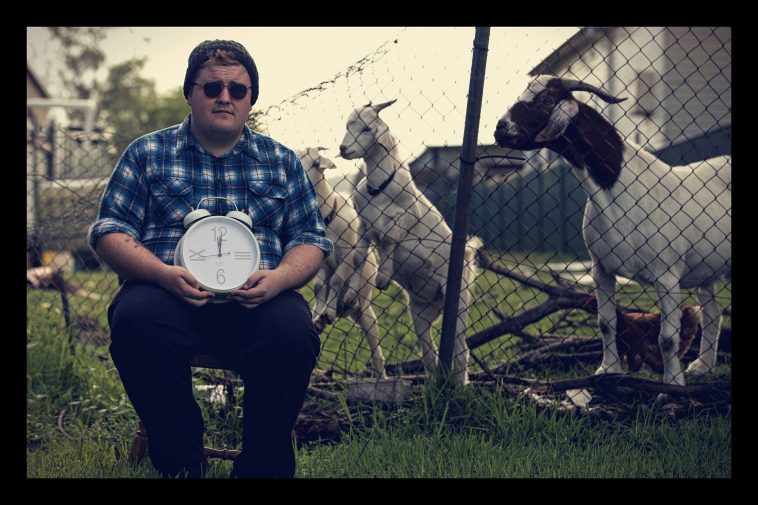 Surprise! Overnight, Newcastle singer-songwriter Boots Porter has released his debut album The Weather Was Fine. Which is available now on streaming services.

Releasing your album unannounced on April 1st seems like the setup to a April Fool’s Day joke. But Boots album is the culmination of a seventeen month recording project.

Recorded and mixed by Geoff Mullard at RTN Studios, and mixed by Taylor King; The Weather Was Fine captures nearly ten years of songwriting, wrapped up in one cohesive record.

Boots Porter has a unique voice that is able to traverse a broad range of genres. There is the alt-country lean of lead single Just Like Superman to the quiet crooning on Galaxies.

“This is an album about your twenties” Boots Porter said. “Lovers coming and going, self-realisations and the suspicion that time is beginning to repeat itself.”

Boots Porter originally started as a solo project. A vehicle for songwriter Brayden Porter to share his songs with the world. Over the years, he has shared stages with Grace Turner, Tori Forsyth, and Rachel Maria Cox among others.

Porter is also a frequent collaborator with fellow Newcastle singer/songwriter Lachlan X. Morris, with the pair performing under the name The Shadow Cast.

Boots Porter is launching his debut album on April 19th at The Stag & Hunter Hotel. Supporting him on the night will be Lu Quade and Natalie Henry; who just launched her own debut album.

Check out The Weather Was Fine here: https://bootsporter.bandcamp.com/album/the-weather-was-fine

Spencer is a singer/songwriter from Newcastle. He's also a Triple J Unearthed Super User and writes for many national publications.