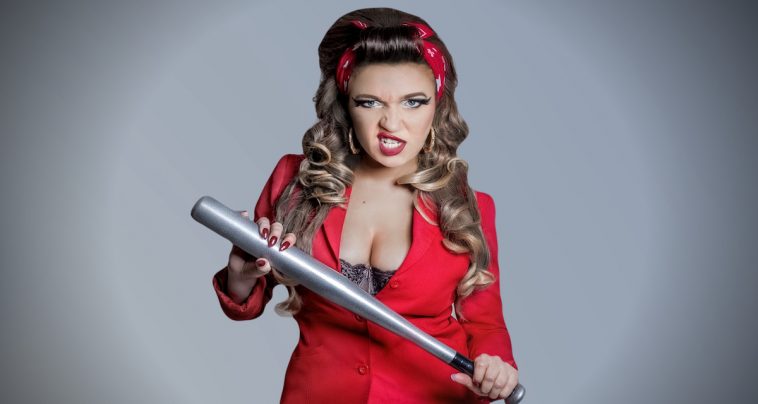 Are you sick and tired of scrolling through Netflix looking for your next binge-worthy series? Well, why not take a break from all of that malarkey and Binge Newy Fringe instead?

Yep that’s right the Newcastle Fringe Festival kicks off this week and, as an extra special treat, organisers are giving you the chance to stream five shows from this year’s program as well as one international show and one from Melbourne.

All shows will be available to stream on-demand from Monday 22 March until Sunday 28 March giving you ample time to host your very own Newcastle Fringe party. Also, if you can’t make it to the actual performances this is definitely the next best thing.

Below is a rundown on the shows you can beam into your lounge room.

Head here for more information and to purchase tickets for individual shows or a six-show pass.

Safe is a stage play that shows a slice of Sister Daisy’s life, a nun trapped in a house on the top of a mountain, in the middle of nowhere, during the pandemic era.

A post-apocalyptic scenario that corners this young girl of faith who is trying to take care of the last people left in her small community. She faces her fears as death and the end looms increasing doubt of the existence of God.

Loud, powerful and uncompromising. These are the powers a true badass does possess. But sometimes it’s hard to find your inner badass when you’re hungover AF, covered in chicken nuggets and too anxious to go outside.

If you’ve ever had a panic attack while having sex, have been overly emotional in a children’s film or just think way too much about stationery, then this show is for you.

Disenchanted: A Cabaret of Twisted Fairytales

This beguiling show has almost sold out at this year’s Newcastle Fringe and is certainly a highlight of the festival.

Soprano Eliane Morel transports you to a 17th century Parisian salon for a night of sexy, subversive laughs.

Mad Mitches Inc is all about female-centric cabaret with wild performance poetry and cutting-edge theatre. Another highlight of Newcastle Fringe with sell out crowds. Audiences leave this show wanting to start a revolution!

Camino Man is the heartwarming and hilarious tale of one man’s journey of self-recovery by walking the Camino del Notre and Camino Finisterre – old pilgrimage trails across northern Spain.

Along the way, he meets a variety of people who inadvertently help him to recover his sense of self, his sense of adventure, and his smile.

Sigil is an exploration of musical spell-casting. Walking through a surreal projected landscape, we go with WCB deep into his psyche to reveal sometimes uncomfortable truths but ultimately cathartic emotions.

WCB has been described internationally as neo-soul, R&B, electronica and trip-hop, “emotional and soulful”, “with distinct moodiness”, but what draws listeners to his music is a haunting assurance in his songwriting that perfectly conveys the emotional complexities of the human experience.

Fever by Slayge and the Grotty Gang

This visceral, unworldly, repelling, and absurd piece showcases a sci-fi utopian realm within a dystopian society through performance art, dance, fashion and comedy.

The pandemic, brash and bamboozling, has forced us to reconsider many aspects of our lives; especially our regard for community. Whether an oligarch or an outlaw, there’s something here for you.