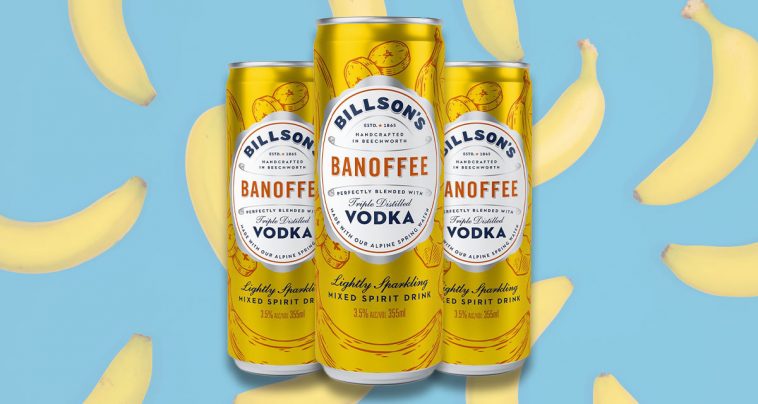 Billson’s have given the world some pretty delicious things to stick in our months since opening in a dusty old brewery in the town of Beechworth, Victoria.

From their cordials and sodas to their beer and spirits, Billson’s has consistently delivered punches to our taste buds, but this one has got to take the cake… Or pie.

That’s because this time the Victorian flavour masters have seen fit to add a Banoffee flavour to their vodka pre-mix can lineup and the internet is blowing up about it.

The limited release, which features Billson’s triple distilled vodka crafted using pure alpine spring water from their well in Beechworth, joins a lineup of other flavour sensations on offer from their online store.

Other flavours in their vodka pre-mix range include Fairy Floss, Portello, Sarsaparilla, Strawberries & and Toffee Apple.

Each can weighs in at 3.5% so you can smash a couple before they start smashing you.

You can order cans of Billson’s Vodka with Banoffee directly from their online store at billsons.com.au.