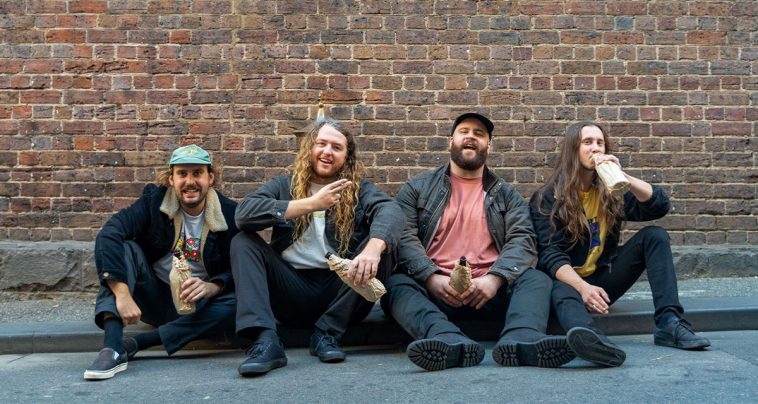 Brisbane band, Beddy Rays will hit Newcastle in September for a show at The Cambridge armed with tracks from their debut self-titled album which lands this Friday, 29 July.

“We are keen to test out the Cambridge Hotel when we head down for the Newy leg of the tour, to get our lips around some cold ones,” the band told Newcastle Live.

While the band’s show on 16 September will be their first gig at The Cambo, the members of Beddy Rays have a lot of love for Newcastle.

“First of all the beaches in Newy are pretty damn beautiful to say the least, some of the coldest coastal liquid we’ve dipped into for sure.

“When we came down to Newy for our first time, we hit up a music store called Musos Corner and absolutely frothed it! Plenty of guitars, basses and drum kits to have a bit of a play on and to simply just admire these beautiful pieces of art.

“Who could forget old Andrew Johns and Matty Johns of the Newcastle Knights! Absolute living legends of the game and will always have our respect as long as we live!”

Co-produced by Brock Weston the debut long player from the band features thrasher Sort It Out, the chaotic Week On Repeat, the explosive Wait A While, a rowdy dose of Milk, the mosh-ready beast On My Own and the anthem that started it all, Sobercoaster.

Their breakthrough anthem Sobercoaster landed at number 54 on the Triple J Hottest 100, racked up over 3.5 million streams and has seen the band continue on a ballistic trajectory ever since.

The four-piece have gained multiple nominations at both the Queensland Music Awards and National Indigenous Music Awards and were announced as winners of the Levi’s Music Prize in 2021 and rocked their cover of Thelma Plum’s Better in Blak for triple Like A Version.

Beddy Rays play the Cambridge Hotel in Newcastle on Friday 16 September. Tickets are on sale now via Oztix. And you can stream the debut self-titled album this Friday 29 July. Visit linktr.ee/beddyrays to pre-save to your streaming service.