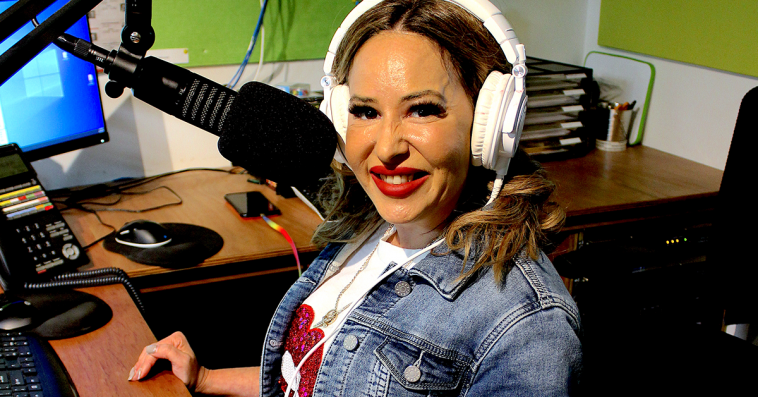 Australian Dance & Talent Centre owner, Louise Wilkinson has been running performing arts schools for more than 20 years. And now, she’s stepping up to take on a new challenge… Hosting a daily radio show.

The Lipstick Lunch, streaming on Newcastle Live Radio weekdays from noon to 2pm, celebrates Hunter women through the telling of their stories. And Louise says that her background in teaching and performance has really come in handy since launching the show in April.

“There’s certainly a parallel between live performance and live radio. Anything can happen, no two gigs are the same and you learn to roll with the punches and react quickly if things go south,” she laughs.

“In my line of work I’ve had the privilege of meeting a lot of great people from all walks of life and really get an understanding of the issues and challenges they face. I think that has come in handy, too.”

Beyond her career as a teacher, Louise has spent time as an entertainment manager, a cabaret performer and has fronted many local bands, including The Ultimate Freak Out, The Commitments Big Band and LSI.

“I’ve been really blessed to work with many great musicians. The Newcastle music community is like no other. You can walk up and hug someone you played in a band with 15 years ago and pick up the conversation like you only spoke yesterday. That’s pretty special,” she says.

Since launching, The Lipstick Lunch has featured stacks of guests talking about everything from parenting, sex and relationships and adversity to the spirit world, running a business and everything in between. Louise says that while it’s called The Lipstick lunch, there’s plenty for men to get out of it as well.

“A male friend of mine listened to the relationships segment the other day and it changed his outlook on how he approached some things in his relationships. There is nothing sexier than a ‘woke’ male, fellas.

“There is something each day that people resonate with that makes them stop and think. Perhaps it’s a relationship piece that uncovered something that needs addressing in their own lives, the perspective gained from listening to a woman who has faced immense adversity and come through the other side or that people are inspired to try a new hobby, look at their money habits or get along to a local event that celebrates and supports local women.”

Louise says that one of her guests, Morgan, a former sex worker, had a real and lasting impact on her.

“Her story was so raw and real and challenged the misconceptions and stigma around the industry. At the heart of it, we are all just looking for connection. That was her message, and it was a powerful one,” she says.

The Lipstick Lunch streams weekdays from noon until 2pm on Newcastle Live Radio. Tune in live or listen to some of the show highlights here.