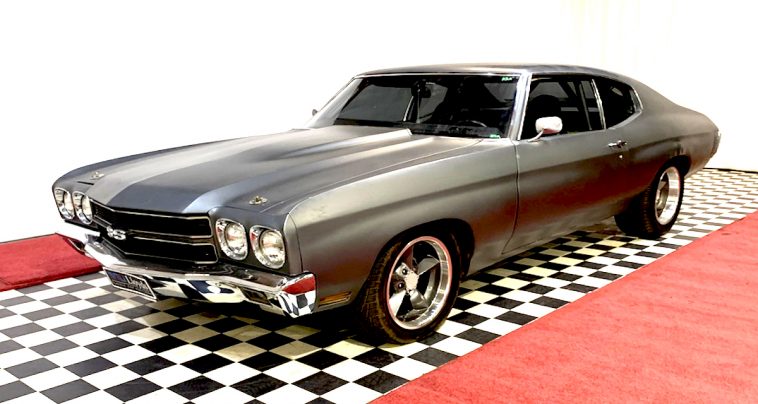 Hey motorheads and film buffs, got some spare cash laying around?

If so, you could nab yourself a piece of high-octane cinematic history because Vin Diesel’s ORIGINAL “hero car” from the 2009 flick Fast & Furious is going under the hammer this weekend.

The 1970 Chevrolet Chevelle SS, driven by Vin himself in the fourth flick in the massive Fast and The Furious franchise, will be auctioned off by Lloyds Auctions on Saturday 26 September.

For the gear-heads, the car is a 4-speed manual with a V8 engine, drift brakes, alloy wheels and, in true Dom Toretto style, a nitrous bottle.

“This car was, in fact, the actual original hero car, driven by Vin Diesel himself on the set of the Fast and Furious movie and was the principal car used while shooting the film,” Lloyds Auctions chief operating officer Lee Hames said.

“We expect this car to reach six figures this Saturday, but what the final figure will be is anyone’s guess as it will be a car to treasure and will go down in history forever.”

The current owner purchased the car from the late US country singer Jerry Wallace which was then imported from the States into Australia in 2012.

It was left ‘as is’ to honour its role in the original film which comes with the Universal Studio Certificate of Title and a signature from Cody Walker, brother of the late Paul Walker.

So, if you’re keen to own a piece of motoring and celluloid history, or just wanting to live life a quarter-mile at a time, head here to bid now.