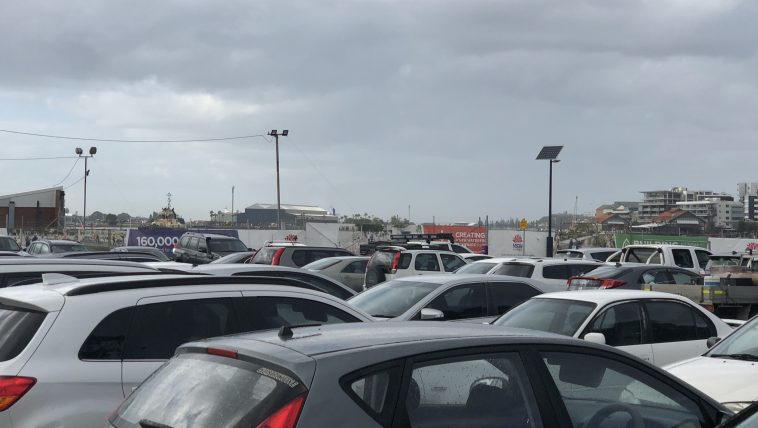 If there’s one thing you can say about Novocastrians, it’s that they have very strong opinions – especially when it comes to the city in which we live.

This fact was rammed home last week when we threw out the question: ‘What is your biggest pet peeve with Newy,’ to the Facebook ether.

The post was inundated with responses and overwhelmingly the thing that really grinds our Novocastrian gears is a lack of parking in the Newcastle CBD.

A lot of you pointed to the reduction in car parks in the wake of the light rail installation as well as what many of you regarded as prohibitive parking fares in the CBD ($4 per hour).

One disgruntled Novo added: “Parking. Cannot believe we don’t have a car park near the end of the train line. Absolutely ridiculous.”

Another chimed in with a similar: “NSW Govt cutting over half the parking then privatising (decimating) public transport services.”

Sure, you may have to drive around for 45 minutes looking for a spot, but that’s character building. Similarly, you might have parked seven blocks from your destination, but it’s all exercise, isn’t it?

With kerbside parking at a premium in the CBD, there is one Council run parking station, The Mall Carpark at 92 King Street which is open from 7am to 7pm on weekdays and 7am to 4.30pm on Saturday.

Oh, and for those coming from outside the city, you can also take advantage of Council’s Park and Ride scheme which sees buses running from McDonald Jones Stadium into the CBD during peak hour – for now at least.

The cessation of the free bus service, the arrival of privatised buses and the cutting of the rail line at Wickham have certainly loomed large in the civic debate of late.

There was no shortage of commuting commenters issuing their frustration over what many said were insufficient transport links to the outer suburbs and the issues mentioned above.

As one pointed out: “Having a free bus service in the CBD, then having it taken away only for us to spend millions on a tram line that we now have to pay to use.”

It appears that the age-old Aussie tradition of shortening and adding a ‘Y’ or an ‘O’ to most nouns you can think of is becoming a thing of the past.

There were more than a few of you who admonished us for our use of such a ‘base’ abbreviation of Newcastle.

But we love this city and consider ‘Newy’ a term of endearment but nowadays, perhaps we as a city are too sophisticated for such things.

Each to their own, but what do you think?

Somewhat ironically, a lot of you took the time comment on the post, complaining about the number of people who complain about things going on in Newcastle.

I get it, though. In recent years with emotive debates ranging from fig trees to light rail, from lock-out laws to Supercars and everything in between, it’d not always going to be one sided. Especially when you throw social media into the mix.

But hey, it would be a boring world if we all thought the same, right?

Remember those plastic bottles, half filled with water, that adorned many a suburban front lawn in the 1980s?

Well, it looks as though they are due for a comeback as there seems to be a need for the supposed “doggy do” inhibitors in this neck of the woods.

It seems that there are more than a few irresponsible dog owners in the LGA who are letting Fido go potty in public and not bothering to scoop the poop.

“People who don’t pick up there [sic] dog [poo] on the walking paths,” one commenter mused. “They are a disgrace and will ruin it for every dog owner that does the right thing. Council needs to patrol this more often and fine those without bags.”

Similarly, many of you were ‘peeved’ with the lack of off-leash areas and dog-friendly facilities such as Council supplied “poop bags” and drinking stations.

It’s not all bad

While no town is perfect and there’s always room for improvement, it was great to see some positive responses to the post amid the criticism.

As one ‘glass half full’ Novocastrian stated: “If you put all the complaints together any outsider would suggest burning the place down. I love this town – take the good with the bad.”

Well, there you have it – some of the most irksome things about Newcastle. Watch this space though, we’ll be uncovering some of your FAVOURITE things about this town very soon.