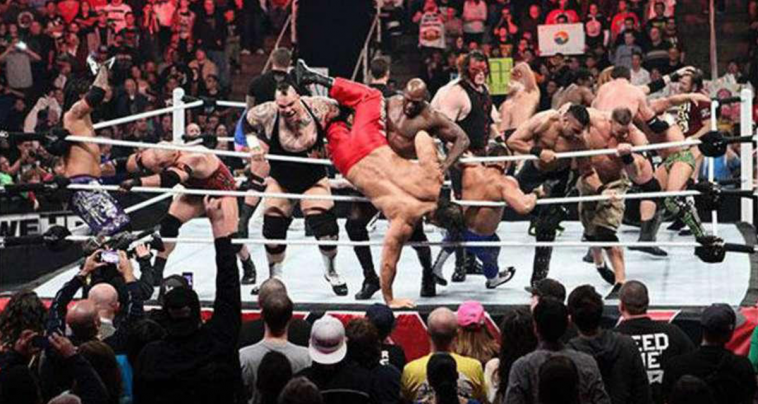 Newly crowned WWE Champion Brock Lesnar will go head-to-head with Bobby Lashley as part of the WWE Royal Rumble next Sunday. And you can catch all the action on the big screen at Event Cinemas in Glendale.

For the uninitiated, the Royal Rumbles begin with just two wrestlers in the ring and every 90 seconds, a new WWE Superstar enters the fray.

Elimination only occurs when a wrestler has gone over the top rope and both feet have touched the floor. This continues until there is just one man left standing as the winner of the Royal Rumble Match.

Normally, the prize at the end of the match would be a title opportunity against the champion of the winner’s choosing, but with the SmackDown Women’s Champion entering herself into this year’s match the winner of the women’s Royal Rumble will wrestle in one of the main events of WrestleMania 38!

It’s all quite a spectacle and even more so when experienced on a massive cinema screen with popcorn in hand cheering on your favourites with other die-hard WWE fans.

The WWE Royal Rumble will screen on Sunday 30 January at 12 pm AEDT at Event Cinemas Glendale. Visit eventcinemas.com.au to find out more.