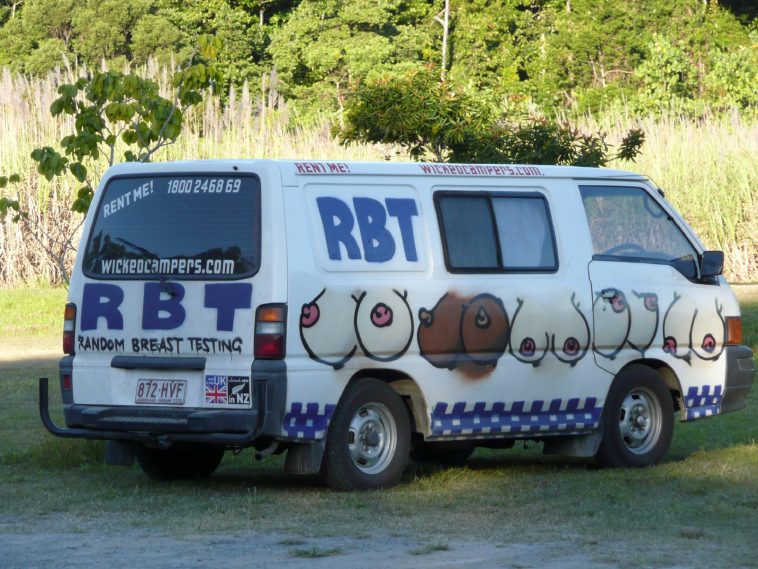 The folks at Wollombi Music Festival are definitely continuing their work to make the world a better place. This year the music festival has placed an outright ban on Wicked Vans at the upcoming event in September.

You’ve all seen the vans – Brightly coloured with infamous and honestly disgusting slogans such as “in every princess there is a little slut that wants to try it at least once” ( yes you read that right).

Wollombi Music Festival organisers have come in red hot. After years of enduring “pathetically unfunny and misogynistic slogans” painted across the vans visiting the festival and “actively discouraging people from hiring them” this year the festival has just decided to ban them. And it’s not just the slogan heavy Wicked vans either, the festival put a blanket ban on all Wicked branded vans and have clearly stated that they will not be welcome.

And good on them. Don’t get me wrong I love the van life and the idea of hitting the road for months at a time is really what dreams are made of but there are MUCH better ways to go about it.

Some may argue that it’s a bit ambitious for a small festival to be taking such a big stand but… that’s how change is made. Small steps by dedicated people who are hell bent on doing the right thing regardless of the size of the mountain they have to climb. Wise words here from event officials sum the above up pretty nicely.

“We know we’re small, but any impact we can have on changing the culture of demeaning and abusing women disguised as good fun or an example of free speech we will” Wollombi Music Festival organisers said.

“We want other festivals in Australia to join us and let Wicked Campers and their sociopathic owner John Webb know abuse of women has to stop and Wicked Campers needs to change”.

You can read more of what the festival has to say on the matter and pic up a ticket to the September event by hitting their Facebook page.