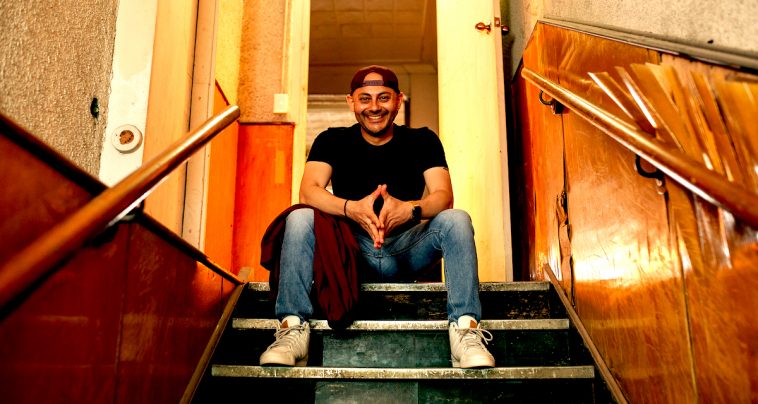 After manning decks and filling dance floors in Newcastle for more than 20 years, it should come as no surprise that George Petridis, aka DJ Fuel, knows a thing or two about the music biz.

Well, George has parlayed those decades of invaluable experience into an exciting new venture, a record label dubbed Pumping Records aimed at showcasing the plethora of formidable EDM talent we have here in Newcastle.

After sitting on the idea of launching a label for the better part of a decade, George said that 2020 seemed like a perfect time to kick things off, sort of.

“It couldn’t have come at a worse time, to be honest,” he laughed. “I quit my job at the end of February and, two weeks later, we went into lockdown.

“It kind of worked out well in a way, though because I was stuck at home, and was forced to really knuckle down on it.”

George added that after formulating the idea for a label, he eventually realised there was considerable work to be done, hence the ten-year wait.

“I wanted to do this ten years ago – I started to look into it and realised I had no idea what I was doing,” George revealed.

“So, I went back to the drawing board and started to look at other labels to see what they were doing and how I could do it better, but ten or so years later I still don’t know everything but if you go into anything thinking you know everything, you’re already one step behind.

George, who also runs the popular national online radio show The Party Life, added that he wants the label to shine a spotlight on the oft-overlooked depth of EDM talent we have in Newcastle.

“It has always been there, under the radar,” he said.

“A lot of Newcastle artists don’t really get a lot of recognition and at the same time, they don’t really have the help to get to the next level, and hopefully the label can change that.”

George said that the label is starting out with a small crop of Newcastle-based artists – DJ Fuel, York & 23rd, Shiralee Coleman, Ibazz, and Sabro, but was keen not to limit itself to a particular genre.

“The group with me now are super talented, hungry, and willing to roll their sleeves up and get to work which is more than half the battle.

“While it is an EDM label, we are definitely looking for other artists from different genres to work with,” he said.

“We’re not just looking for producers, but also vocalists, instrumentalists and anyone who is keen to collaborate because it’s when you start working across different genres that you start to make real magic.”

The first cab off the rank for Pumping Records is an absolute banger of a track – Do You Think About Me by York & 23rd, a collaboration between DJ Fuel and Sabro. Check it out below and head here for more information on Pumping Records.