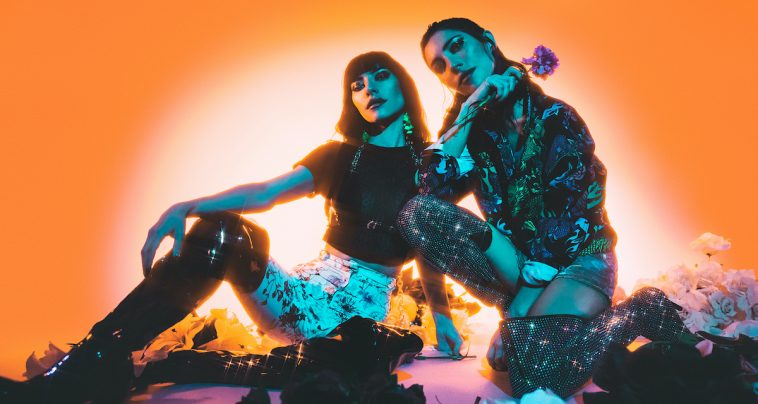 After being forced into the cellar in 2020, Grapevine Gathering will make a welcome return to Roche Estate, with one doozy of a lineup.

Kicking off at the popular winery on Saturday 9 October, this year’s iteration will see the likes of sisterly pop duo The Veronicas, dance floor fillers Peking Duk, and electro-pop powerhouse Vera Blue celebrate the return of festival vibes to the picturesque Pokolbin locale.

And the whole shebang will be hosted by ex-tradies turned Insta celebs The Inspired Unemplyed.

The Veronicas are becoming somewhat a favourite on the festival landscape of late with sisters Jess and Lisa Origliasso taking to the Bluesfest stage in 2019 for a surprise appearance with Kasey Chambers to rip through a stirring version of Kasey’s The Captain.

The pop duo also had the 2019 Field Day fest crowd jumping for joy when they joined Mallrat onstage for a rousing rendition of their 2007 hit Untouched, while their sets at the 2019 Good Things fest in Melbourne and Sydney erupted into ‘wall of death’ moshpit mayhem.

Aside from offering up a slew of awesome talent, Grapevine Gathering also promises to be a gourmand’s delight with everything from wood-fired pizzas and gourmet burgers to slow-cooked, smoked treats on offer.

Self-proclaimed sommeliers will be on cloud wine, too because this fest will be overflowing with the tastiest drops while loves of the amber fluid will be well taken care of with a hefty selection of local brews.