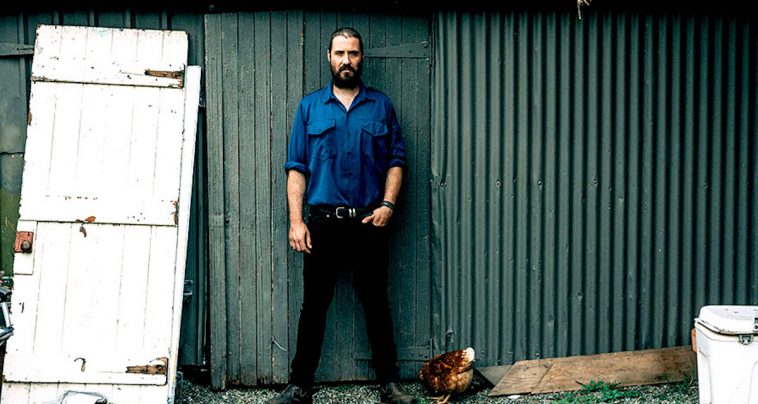 For William Crighton, any opportunity to play on a Dashville stage is an enticing one. In fact, since moving to our neck of the woods, it has become kind of a second home.

And he wouldn’t have it any other way.

William will take to the stage as part of Dashville’s three-day New Years extravaganza A Fresh Start kicking off on Thursday 31 December 2020.

“What I really love is just how inclusive it is. Everybody from all walks of life can go out there and feel at home. I’d encourage people who have never been there to head out, too.

“Even though I speak to people who have never been to Dashville, they’ve all heard about it and heard about the spirit that exists out there.”

William has just released the second taste of his forthcoming third album (due out in the first half of 2021) in the form of This Is Magic – a more light-hearted affair the previous single Your Country which was a searing indictment of our government’s approach to climate change policy.

This Is Magic, and indeed the previous single, showcases William’s deft lyrical economy – this is a bloke that would never say two words when one would do.

With just a few lines, he is able to evoke a palpable sense of place that, in this writer’s opinion, places him within reach of Australian rock and roll poets like Don Walker and Paul Kelly.

William said that when it comes to inspiration, geography or place, is just as important part as sonics.

“I think it’s all intwined,” he said.

“When you move to a new place you discover new things. I’ve always enjoyed getting deep into researching the sonics of things but geography plays just as an important part because memories are held in the ground and we can feel that. T

While the pandemic may have scuttled William’s musical plans for 2020, he made the best of a bad situation by hosting a series of campfire concerts, live-streamed from his Bellbird property and, despite how the year panned out, he remains philosophical.

“It was going to be an awesome year for us, we were going to play Glastonbury and a few other big festivals but it didn’t happen,” he said.

“People say ‘oh that must’ve really disappointed you’ and it did but at the same time, it’s like we’ve just got to roll with it. Everybody’s in the same boat.

“It has been a tough year but in another way it has been an essential year, a needed year, because it has let is know things can change pretty quick and we can be adaptable, which is an important lesson to learn when you look at things like climate change.”

So, during this time of enforced self-reflection, what did William Crighton learn about himelf?

“I’ve learned to be more patient. For me, the events of this year have been a reminder of the things we know inside are true anyway, and looking in the mirror and figuring out what’s important in life,” he said.

“We’ve been fortunate in this country because it [COVID] hasn’t ripped us apart and we can have those philosophical discussions with ourselves. We’re in a position of privilege to be able to do that.

“Of course I did drink too much.”

Catch William Crighton at Dashville’s A Fresh Start which runs from Thursday 31 December to Saturday 2 January 2021. Head here for more information and tickets.