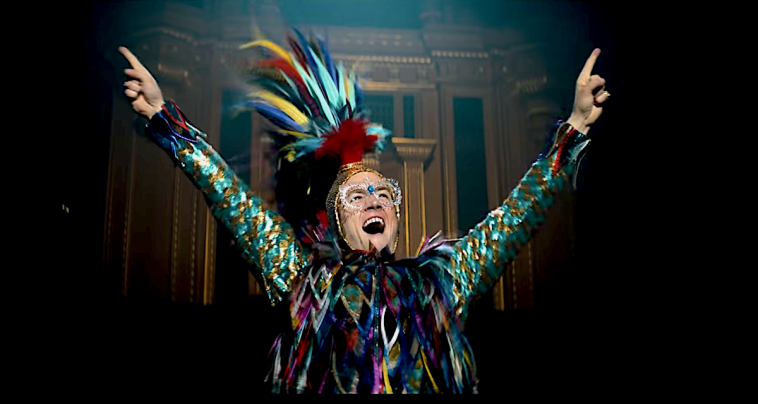 In a year of lowlights, one of the definite highlights of 2020 has been the return of big screen movies in the Newcastle CBD.

Since September, the Civic Theatre has been screening an array of recent releases and celluloid classics on a mammoth 7.6 metre wide screen in the main auditorium. It’s a case of going back to where it all began for the iconic theatre which opened in 1929 and, while initially designed as a live theatre, was leased as a cinema for the next 45 years.

And the bill of big screen fare for November has something for event the fussiest cinephile – from docos about bees, musical biopics and iconic theatrical productions.

Check out all that’s on offer below and head here for tickets.

After the death of her estranged gay son, conservative church choir director Maybelline (Jacki Weaver) journeys to San Francisco and takes over his failing drag bar. In the process, Maybelline has her eyes opened to a more inclusive way of life, and realises she has a second chance at happiness.

The new 25th Anniversary show catapults Riverdance into the 21st century and will completely immerse you in the extraordinary and elemental power of its music and dance.

This powerful and stirring reinvention of the beloved family favourite is celebrated the world over for its Grammy Award-winning music and the thrilling energy of its Irish and international dance. Filmed live at the 3Arena Dublin, the exact spot where it all began, the 25th Anniversary Gala Performance will bring Riverdance to the big screen for the very first time!

Daniel ( Hugo Weaving) is preparing an exhibition of his work from the world’s war zones. When Sebastian learns that this exhibition may display photographs of a massacre in his village, he finds Daniel and appeals to him to exclude those photographs.

Ten years in the making, shot on the final night of the smash hit sell out exhibition, this immersive private tour of Leonardo Da Vinci’s Louvre masterpieces is a unique opportunity to contemplate the painter’s most beautiful works up close.

Never before have so many Leonardo da Vinci artworks been in the same place at the same time, and never has your access to their secrets and wonders been closer.

After murdering a traveling preacher, a fugitive drifter (Michael Shannon) travels to a small town and poses as the man he killed. Though the congregation loves the drifter’s sermons of forgiveness, the local police chief is suspicious of the man.

Soon a gruesome discovery at a local quarry forces the killer to fight for his freedom.

The last female beehunter in Europe must save the bees and return the natural balance in Honeyland, when a family of nomadic beekeepers invade her land and threaten her livelihood.

This film which is filmed in Macedonia is an exploration of an observational Indigenous visual narrative that deeply impacts our behaviour towards natural resources and the human condition.

Young Reginald Dwight changes his name to Elton John and collaborates with singer-songwriter Bernie Taupin to become one of the most iconic figures in pop history.

Set to his most beloved songs, it’s the epic musical story of Elton John, his breakthrough years in the 1970s and his fantastical transformation from shy piano prodigy to international superstar.

A talented American graduate of Oxford, using his unique skills, and audacity, creates a marijuana empire using the estates of impoverished British aristocrats. However, when he tries to sell his empire to a fellow American billionaire, a chain of events unfolds, involving blackmail, deception, mayhem and murder between street thugs, Russian oligarchs, Triad gangsters and gutter journalists.

James McAvoy (X-Men, Atonement) returns to the stage in an inventive new adaptation of Cyrano de Bergerac, filmed live for cinemas from the London’s West End.

Fierce with a pen and notorious in combat, Cyrano almost has it all – if only he could win the heart of his true love Roxane. There’s just one big problem: he has a nose as huge as his heart. Will a society engulfed by narcissism get the better of Cyrano – or can his mastery of language set Roxane’s world alight?

LBJ centers on the political upheaval that Vice President Johnson faced when he was thrust into the presidency at the hands of an assassin’s bullet in November 1963. With political battles on both sides of the aisle, Johnson struggles to heal a nation and secure his presidency by passing Kennedy’s historic Civil Rights Act.