Nielsen SoundScan and Nielsen BDS, the entertainment industry’s leading data information systems has reveal 2014 mid-year U.S. music sales airplay and streaming data for the 6-month period of December 30, 2013 through June 29, 2014 and vinyl sales are once again on the rise.

4.0 million LPs have been sold this year in the US alone, according to stats shared this morning by Nielsen Soundscan as the following image shows. 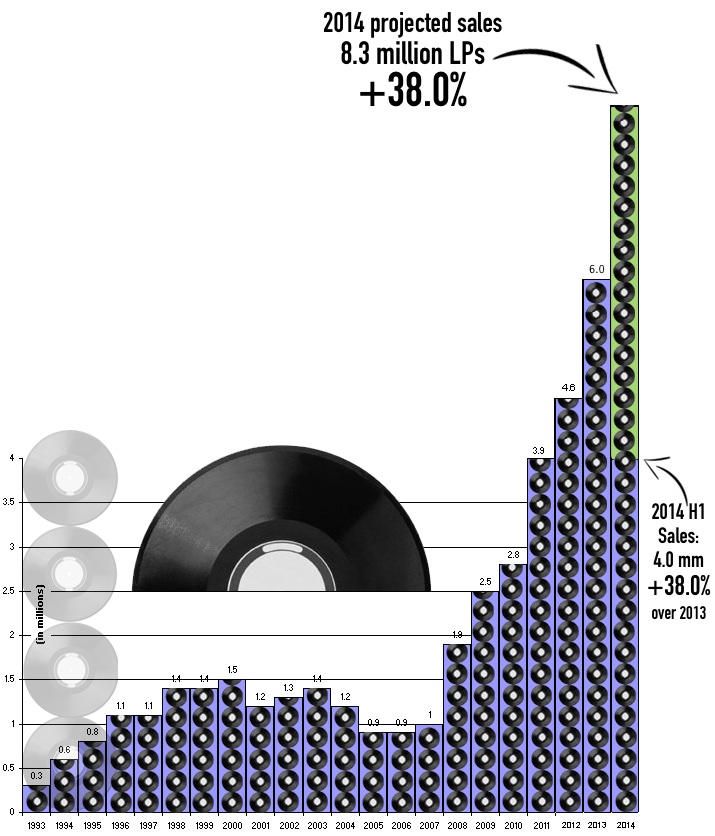