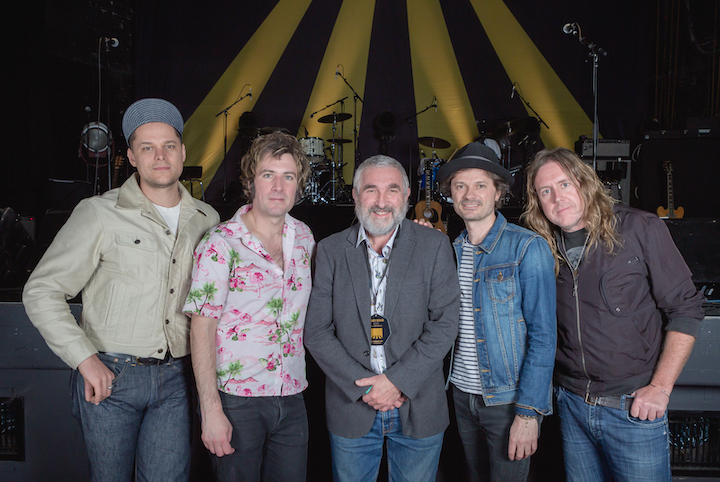 Local photographer Juan Mahony is a self confessed “hobbyist” who “maybe should get serious) who has been looking at live performance through a lens ever since he picked up a camera back in 1977.

A frequent snapper for Newcastle Live Juan is equally happy grabbing evocative pics from either the photo pit or from the front row with his trusty pocket sized camera.

Juan is a true music fan whose passiosn for the medium is more than evident in the images he captures.

Without a doubt Paul Kelly is a living breathing national treasure.

The talent that one individual can muster is indeed frightening. His ability to tell his story through music is nothing short of mastery.

I’ve been going to see his gigs for 39 years and I had the chance to get up close and personal for this shot at an intimate gig for 300 people. I had just acquired a new pocket-size camera and gave it a test run that night.

Caught him in a pensive and reflective moment and just love the result.

Possessed with one of THE voices of rock and roll, Robert Plant still commands adulation from his audience decades after the demise of Led Zeppelin.

He and his band The Sensational Space Shifters played two sideshows at the Opera House whilst in Australia for the Byron Bay Blues Fest.

‘Much to my wife, Colleen’s horror, it was a Monday night however the trepidation melted away during the superb concert which words cannot do justice. Discretely sitting in the first couple of rows, I managed to capture this image complete with smoke and bars of light. One of the great concerts of that year. We arrived home at 2am and Colleen agreed we would not have missed it for the world.

I was fortunate to be given a photo pass for the APIA Good Times tour by Lisa Palermo, manager of Vika and Linda Bull.

They are probably my favourite two performers to photograph and, on this occasion, I managed to capture an image that I truly love.

Linda Bull was singing a duet with Brian Cadd and I was just lucky to capture such a wonderful moment, helped in no small measure by the incredible lighting. The love of what she does is certainly evident in the face of Linda Bull.

Without a doubt David Byrne’s American Utopia tour was my favourite concert for 2018. With a stage bereft of any equipment whatsoever, the 12 piece ensemble including musicians from South America and Asia wove their magic thanks to fabulous musicianship and spellbinding choreography.

Due to the nature of photography at certain venues, I again snapped this one discretely with a small pocket-sized camera when the lighting was just right.

Anzac Day last year was very memorable thanks to Little Steven and the Disciples of Soul.

Springsteen’s guitarist Steven Van Zandt along with with a 15 piece band, gave the most amazing two-hour concert. Before the show he hosted a workshop for teachers who were treated to free tickets.

As the concert was drawing to a close, Jimmy Barnes arrived on stage and performed a duet with Little Steven on Ride the Night Away (which he co-wrote) before Peter Garrett joined them for the 1985 hit Sun City.

You can see from the pic how much fun they were having. P.S. After the show, Little Steven also the star of The Sopranos and Lilyhammer television series signed one his album covers I had brought along. A great night.