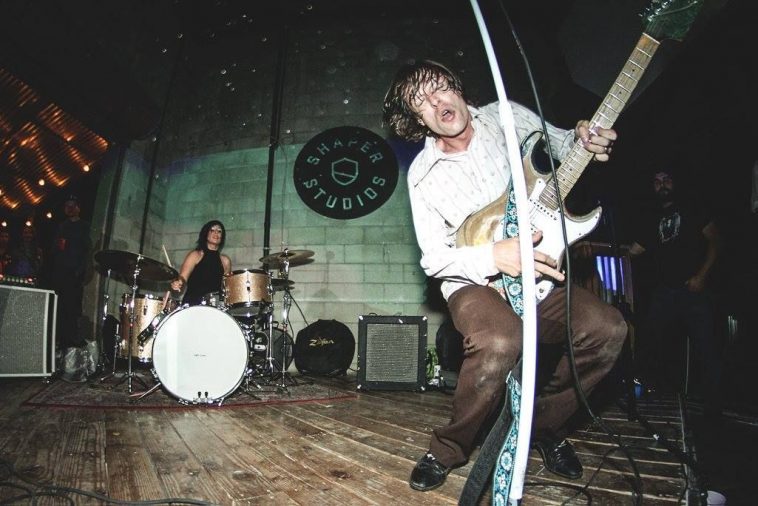 If frenzied garage rock and roll is your bag, then you’d do well to get along to the Badger’s Lair next week.

That’s because San Diego-based three-piece The Schizophonics will be blowing the doors off the Newcastle Leagues Club venue with help from local noisemakers East Coast Low and The Hurricanes.

Taking cues from the likes of MC5, Iggy and the Stooges and The Sonics, The Schizophonics feature husband and wife Pat (guitar/vocals) and Lety (drums) Beers at the core and have been gaining quite the reputation around the world for their explosive live act.

You’re definitely not going to get any aloof shoegazing at a Schizophonics show, with frontman Pat Beers known for leaping, spinning and throwing himself into the hooky garage-pop set like some heady amalgam of Pete Townshend and Lux Interior.

While that energy certainly informs how this band approaches its sound, The Schizophonics are much more than a formidable live act with their whip-smart garage rock sensibility ever-present on the band’s two full-length releases – Land Of The Living (2017) and their 2019 slab People In The Sky.

Catch The Schizophonics, East Coast Low and The Hurricanes at TheBadger’s lair on Wednesday 11 March. Get your tickets here.

ALSO ON NEWCASTLE LIVE
Emerging artists given a leg-up with travelling scholarships
Hot Flush to unleash new single just in time for International Women’s Day
Lake Mac Council sows the seeds of creativity with new grant program
SAVE THE DATE: On-point satirist Friendlyjordies is back for THREE Newcastle shows