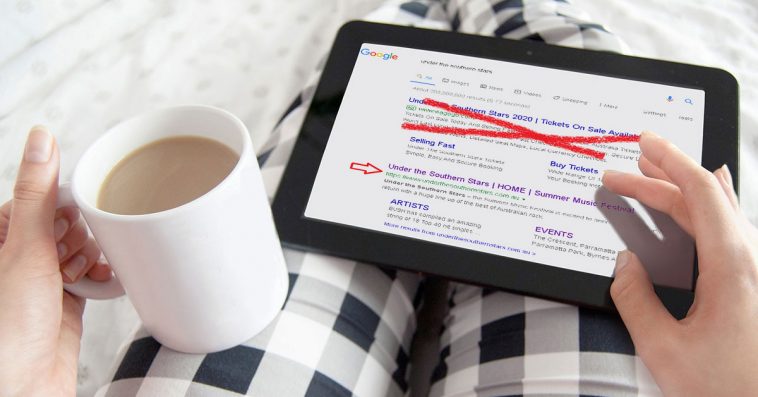 The date for the Newcastle instalment of Under The Southern Stars, with headliners Live, Stone Temple Pilots and Bush, is fast approaching. Festival organisers have taken to their Facebook page over the weekend to remind fans that purchasing tickets from Viagogo is a bad idea.

“Take extreme care when purchasing your Under The Southern Stars tickets” the post read.

Under The Southern Stars are urging people to ensure they only buy their tickets from their official event website or festival ticketing partners Eventbrite and Ticketmaster Australia.

It’s a timely reminder, with some of the big events hitting Newcastle and the Hunter in 2020 to take care when purchasing tickets online.

In July 2019 The Music Network reported that Google had suspended Viagogo from using advertising products which allowed the controversial ticket exchange and resale company to appear at the top of its search. This suspension was lifted only a few months later, with links to Viagogo again appearing on the search engine.

Along with the massive lineup on stage, Under The Southern Stars will light up Foreshore Park in Newcastle with fantastic installations, carnival rides, market stalls a festival-friendly bar offering and fantastic food vendors.

UNDER THE SOUTHERN STARS
NEWCASTLE