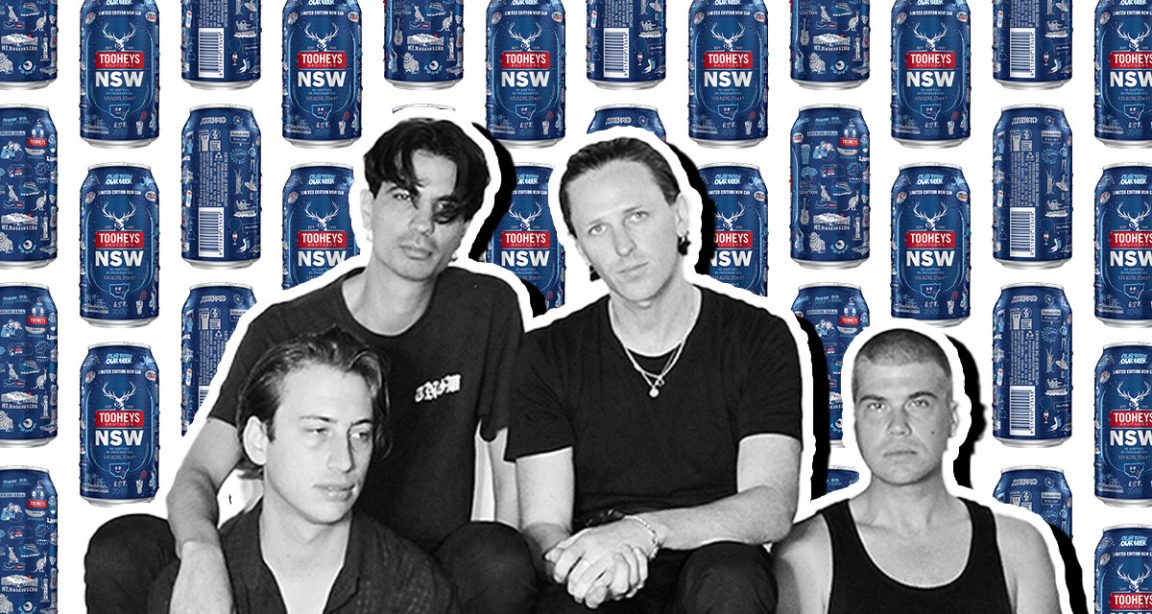 Tooheys New has teamed up with one of Australia’s most revered punk acts, These New South Whales, to create The New Anthem for their year’s Origin series.

A stack of New South wales icons get a shout out in the song including Newcastle’s Bogey Hole.

“NEW-CAS-TLE is going off. I still call it home. I’ll see you at the bogey hole,” sings These New South Whales frontman, Jamie Timony.

“New South Wales missed out on hosting the State of Origin games last year, which means in 2022 Blues supporters are more ready than ever to show up and rally for their team,” Jodie Cross, NSWRL Chief Commercial Officer said.

“The Tooheys New Anthem is a great way to show solidarity for The Blues team and our amazing state.”

Said to be inspired by the spirit of classic pub anthems of the past, from Daryl Braithwaite’s ‘Horses’ to John Farnham’s ‘You’re the Voice’ and ‘(I’m) stranded’ by The Saints, The New Anthem delivers a crowd-pleaser that doubles as a war cry.

“Now we can celebrate together in person again, Blues supporters will be cheering on their team at every pub across the state, so it’s only right to pay tribute to NSW with a song. Whether they’re watching at home or out with mates, we know this tune is going to be belted out by fans throughout the season, so cheers to The Blues and the state,” said Lion Brand Director, Chris Allan.

Tooheys have also partnered with Sydney artist Kentaro Yoshida to release a limited edition Tooheys New can for this year’s State of Origin season.

The new cans feature footy-inspired illustrations and images of NSW towns and landmarks.

These New South Whales will be performing The New Anthem ahead of the first Origin on the 8th of June and you can grab a slab of the limited edition Tooheys New cans at your local liquor retailer.