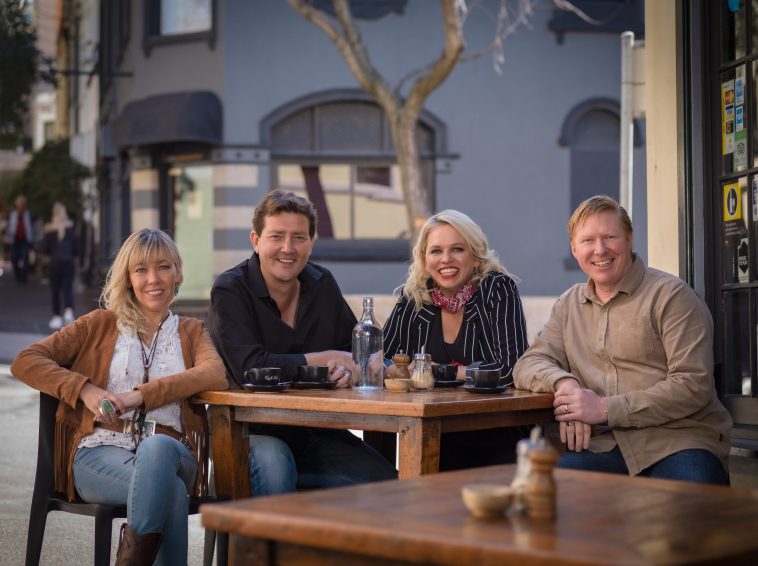 Twenty years ago, four hungry up-and-coming country artists embarked on a national tour that would become the start of beautiful friendships and successful careers.

Those artists were Felicity Urquhart, Beccy Cole, Adam Harvey and Darren Coggan and that tour was dubbed Young Stars of Country.

Now, 20 years later the foursome are reuniting for a reunion run and Felicity Urquhart told Newcastle Live she couldn’t be more excited.

“It’s going to be so much fun – there were a heck of a lot of fun times and giggle on that original tour and we became such good friends,” she said.

“Although we are a lot older now – we all joke about it still being called Young Stars of Country, – we’ve also got a lot of dirt on each other which should make for some interesting stories on stage.”

Felicity added that with everyone involved in the tour having considerable success in the ensuing years, there had never been any rivalry between the foursome.

“I am just so immensely proud of Beccy, Darren and Adam who have all had amazing careers which, let’s face it, is not easy in this industry.”

Individually, these are four of the most recognisable names in the Australian entertainment world. Golden Guitars, Gold records, chart-topping albums and countless number one singles between them.

Felicity, who also hosts Saturday Night Country on ABC Radio, has this year received a best country album ARIA nomination for her first long-player in a decade Frozen Rabbit.

Felicity said that while she was ‘stoked’ with the nod, she was quick to add that the competition – Charlie Collins, Lee Kernaghan, Sara Storer and Morgan Evans – was stiff to say the least. Especially, Newcastle’s own Evans

“Oh my gosh it was such a surprise and an honour to be nominated but it’s going to be tough to take it home when you’re up against someone like Morgan Evans,’ she said.

“Morgan is just such a funky monkey and really killing it at the moment.”

You can definitely expect some very special moments on this show, many laughs and even a few tears but there is no doubting that there will be some breathtaking musical moments.

When four artists come together after 20 years of love and respect for each other, the audience is in for a once in a lifetime treat.

Catch the Young Stars of Country at Belmont 16s on Friday 15 November. Get your tickets here.