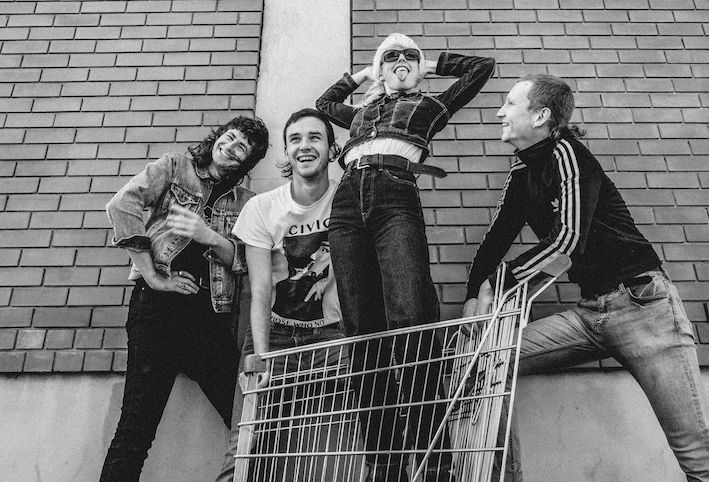 After a raucous AF sold-out show at the Small Ballroom in September, Melbourne punk rock worldbeaters Amyl And The Sniffers are coming back to do it all again.

Yep, that’s right! The 2019 best rock album ARIA winners will blow the doors off the Newcastle Hotel on Saturday 14 March.

Amyl and The Sniffers have certainly been pricking up more than their fair share of ears both here and abroad of late.

After inking deals with ATO Records in North America and Rough Trade for the rest of the world 9in fact, these guys are the first Oz act to sign with Rough Trade since the Go-Betweens) the hype just keeps rising for this uncompromising four-piece.

They’ve graced such festival stages as Primavera, Glastonbury and Roskilde as well as making Rolling Stone’s best acts of SXSW 2019.

Also, just after their upcoming Newcastle show, Amyl And The Sniffers will be playing alongside the likes of Rage Against The Machine, Calvin Harris, and fellow Aussies King Gizzard and the Lizard Wizard at the iconic Coachella festival.

If you’ve seen these guys in action,you’d know that ‘ball-tearing’ could possibly be the only way to describe their set, thanks, in no small part to ‘human firecracker’ Amy Taylor who could very well be the best Aussie frontwoman we’ve seen in decades.

Catch Amyl And The Sniffers at the Newcastle Hotel on Saturday 14 March. Get your tickets here.

If their 2019 Newcastle show is anything to go by, this one will sell like hotcakes so, get in quick!

ALSO ON NEWCASTLE LIVE
REVIEW: Cold Chisel make it rain with emotion at Hope Estate
DOUBLE HAPPINESS: Sukimama to host dumpling workshop and pop up at Newcastle Art Gallery
SAVE THE DATES: Olive Tree Markets to do its bit for bushfire relief
The life of Jill Emberson to be celebrated with public memorial next week