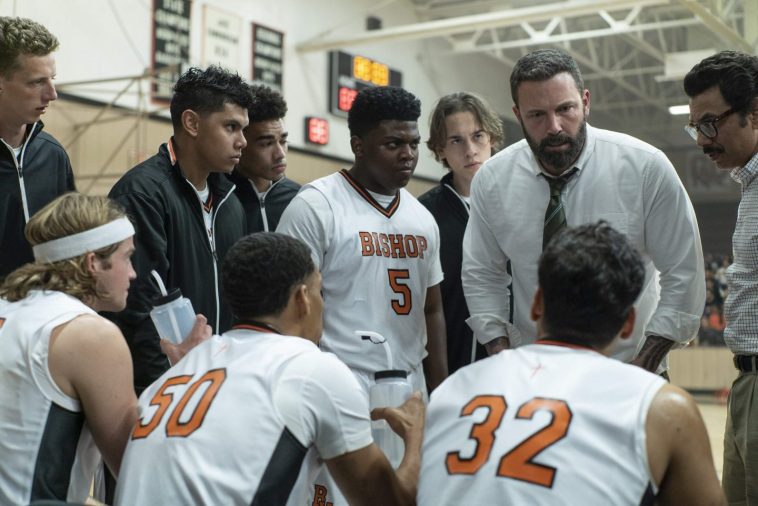 In The Way Back, Ben Affleck stars as jack Cunningham – a high school basketball prodigy whose talent could’ve taken him to the top of the sport.

However, Jack chose to walk away from the potential glory instead finding solace in the bottle.

We meet Jack at a time where his glory days are long gone. He fills his fays with construction work between bots of heavy drinking.

In the midst of this nadir, Jack is thrown a lifeline in the form of the priest at his former high school who gives Jack the opportunity to coach the school’s basketball team – a team of rag-tag players who haven’t seen the play-offs since Jack was in high school.

SHOULD I WATCH IT?

On one level The Way Back is an inspirational sports/ troubled kids overcoming adversity movie in the vein of Hoosiers, Coach Carter and the brilliant Edward James Olmos flick Stand And Deliver.

However, while The Way Back features many of the tropes popularised in the above crop of flicks, at its heart this is a study of addiction and the sheer joylessness of it all.

Ben Affleck, possibly using his own well-publicised battles with addiction as fodder to inform the source material is highly watchable here. As the script reveals more and more of Jack’s inner turmoil and the reasons for his alcoholism Affleck brings a palpable rawness to his performance that is hard to ignore.

In fact, love him or loathe him there is little denying that this could be one of Affleck’s most galvanising performances to date.

Judging this film as a mere sports flick, I would say that it is a solid hour and a half, but add the extra dramatic elements, bolstered by Affleck’s performance and this becomes quite compelling fare.

ALSO ON NEWCASTLE LIVE
Under The Southern Stars festival POSTPONED amid COVID-19 fears
Are you ready for HOT FLUSH? You’d better be!
ONCE A NOVO…The Gooch Palms back to where it all began for Sound Station
NEW TUNES: Mucho Sonar drop clip for blistering new single