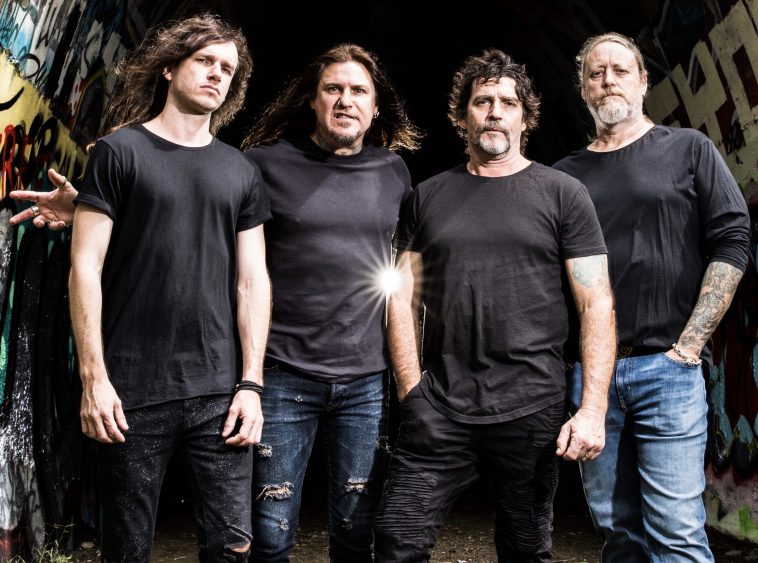 MORE WINE: Rockers The Poor (pictured) are set to blow the doors off The Cambridge this weekend with big riffing cohorts Palace Of The King.

If you’re looking for a night of no-holds-barred rock and roll, well the Cambridge is most definitely the place to be this Saturday night.

That’s because some of the biggest riffers in the biz – The Poor and Palace Of The King will descend on the West End venue as part of their When The King Met The Poor tour.

Starting life as The Poor Boys in Darwin back in 1986, The Poor burst onto the national scene with their 1994 debut album Who Cares, which featured the tubthumping hot More Wine Waiter Please.

These guys quickly became a force to be reckoned with, packing out venues across the land and supporting the likes of AC/DC, Kiss, Van Halen, Alice In Chains and Suicidal Tendencies.

You can expect to hear some belters from frontman Skenie and the boys when they take to the stage.

The equally heavy, Palace Of The King have picked up a solid fanbase both here and internationally thanks to three critically acclaimed albums, and a relentless touring schedule which has seen them support the likes of Airbourne as well as headline shows throughout Europe.

Catch The Poor and The Palace Of The King when they play The Cambridge Hotel on Saturday 3 August. Get your tix here.