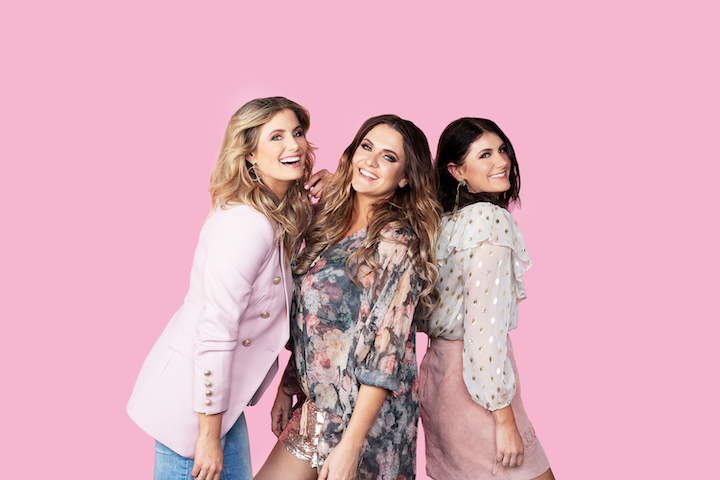 Oz country sensation The McClymonts are certainly hitting the ground running in 2020 – embarking on their biggest tour in three years.

The lauded trio, made up of Brooke, Sam and Mollie McClymont will be hitting the road on a 30-date run, kicking off in Tamworth in January.

Thankfully, Hunter fans will get a look-in…not once, but THRICE.

While it may seem like a little while since the McClymonts were in our neck of the woods, don’t go thinking they have been resting on their laurels.

Also, in between releasing their fifth album, Endless (also produced by Andy Mak), which picked up the Golden Guitar award for Toyota Album of the Year in 2018, the girls have welcomed four new members to the McClymont family over the last few years while Brooke is expecting her second child in January.

“Time has flown since our last album and we can’t wait to get these new songs out into the world and start the tour,” Sam said

Brooke added: “This will be our biggest tour in three years and we’re planning to make these the most fun shows we’ve ever done.”

Since the release of their debut EP back in 2006, The McClymonts have gone from strength to strength with more than 250,000 album sales and 20 million track streams.

Their trophy cabinet is pretty full, too with an impressive thirteen Golden Guitar Awards, two ARIAs and an APRA award making them one of the best-loved and most bankable acts on the Oz Country circuit.

Catch the McClymonts at Cessnock Leagues Club on Friday 21 August, Wests Nelson Bay on Saturday 21 August and Wests New Lambton on Saturday 10 October. Get your tickets here or at the venues.

ALSO ON NEWCASTLE LIVE
IT’S ON AGAIN: The Church lead a huge first lineup announcement for Gum Ball 2020
ARE WE NEXT? Newcastle-Hunter AHA welcomes scrapping of Sydney CBD lockout laws
SAVE THE DATE: The Drop fest is coming back bigger and better in 2020
BOOM TOWN: Steel City Sue releases stirring video for Newcastle protest tune