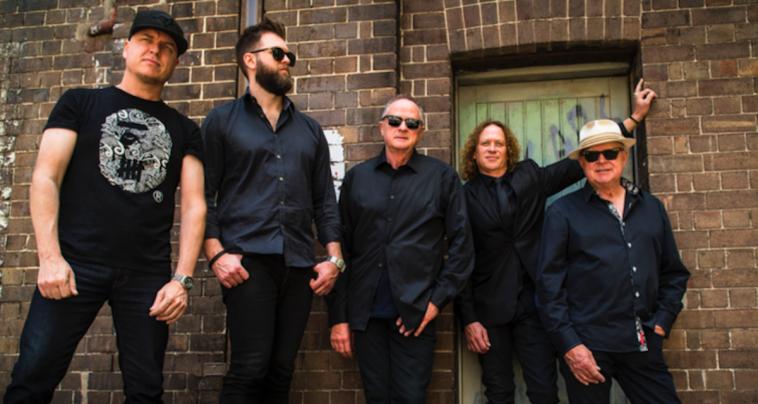 Following on from their mammoth Recharged versions of the classic albums No Exit and Face To Face, The Angels are back, breathing new life into their classic set Dark Room.

The album, the Angels fourth, was released back in 1980 and contains such iconic Angels standards as No Secrets, Face The Day, and Poor Baby.

The classic set has been completely reworked in the studio with the circa 2020 lineup of founding members Rick and John Brewster, Dave Gleeson on vocals, drummer Nick Norton and Sam Brewster, John’s son, on bass.

The two-disc set also features the album, played in full, with the Angels trademark ferocity, at Sydney’s Bridge Hotel.

And in what is great news for Hunter Angels fans, next year, the band is hitting the road to celebrate the album’s release, and they’ll be swinging by Belmont 16s on Friday 28 May!

“Dark Room has always been a very special album for us, marking the time when we left Alberts and toured America and Europe,” Rick Brewster said.

“It completes the Face to Face/No Exit/Dark Room Trilogy, recorded both in the Studio and Live, with bonus tracks and the occasional change from the original recordings. And we’re finally taking it out on tour in 2021. Can’t wait to change the rusty strings, shake off the Cabin Fever and hit the road again!”

Catch The Angels when they play at Belmont 16s on Friday 28 May 2021. Head here for tickets.