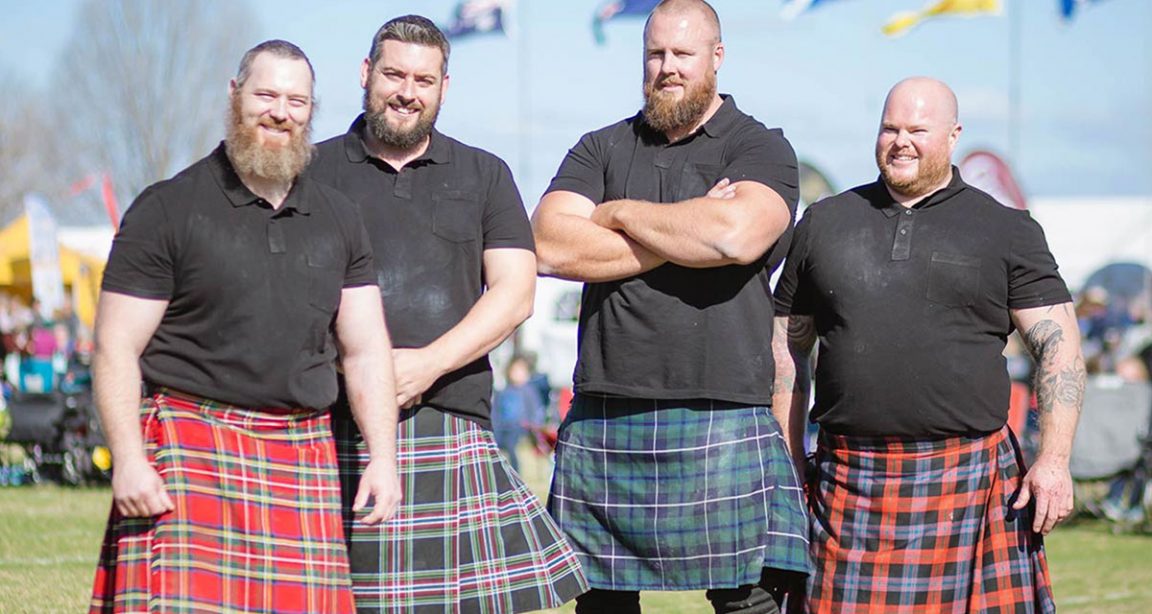 Having missed the last two years due to Covid restrictions, organisers of the Aberdeen Highland Games say they’re excited about the 2022 event.

The idea to hold a Highland Games in the Upper Hunter came after two Muswellbrook identities, John Flood and Charles Cooke, began wearing kilts to work on National Tartan Day.

The tradition caught on, and before long local businesses were getting involved, a committee was formed and the first event was held in 2000.

The games begin with a parade of bands, clan representatives and others that leads into the Massed Band Salute and Chieftain’s Address.

Throughout the day there will be Highland and Country Dancing, Pipe Band displays, Strong Man events with the Kilted Warriors as three-legged races and the famed Kilted Dash.

“We have had to make a few changes this year due to Covid-19. For the first time, all ticket sales are online. Also, all attendees will be required to check in through the QR code method at the gate. We will sadly, not behold the Ceilidh in the evening or the Tug of War, which is always very entertaining,” games’ president, Nicola O’Driscoll said.

Scottish heirlooms, souvenirs clothing and garb will be on sale from various market stalls dotted around the event site and organisers also promise plenty of food and drink.

The event will conclude with the final competition at the Aberdeen RSL Club with an evening performance from competing Pipe Band Quintets.

The 2022 Aberdeen Highland Games will be held on 2 July at Jefferson Park on the banks of the Hunter River in Aberdeen. For more information visit aberdeenhighlandgames.com.